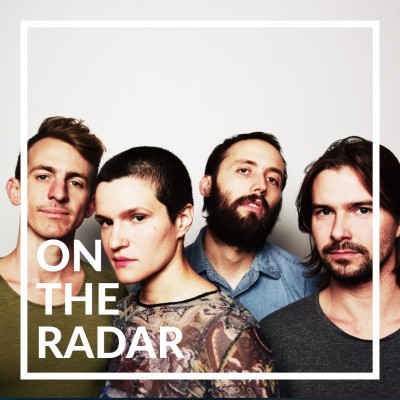 Siblings Tyler and Maggie Heath are the central partnership to Christian folk group The Oh Hellos. Having been raised in a musical family with Tyler previously enjoying success as a solo act, the pair began the band by writing a sing in memory to their departed mother.

As the project developed into a band, their material has worked its way onto a string of fantastic releases starting with their 2011 extended play ‘Oh Hello’ followed a year later by the rapturous debut album ‘Through The Deep, Dark Valley’ and the deceptively named E.P. ‘The Oh Hellos' Family Christmas Album’.

In 2015 they released their second full album; ‘Dear Wormwood’. Taking its titles from C.S Lewis’ (of Narnia fame) theological novel ‘The Screwtape Letters’ which investigates temptation, damnation and God’s redeeming love for the imperfect. ‘Dear Wormwood’ ranges through rambunctious celebration to tender impassioned songs of praise.

Fans of The Oh Hellos will be thrilled to hear they have just announced a tour for the new year. Do not miss your chance to see the Texan troupe play in the UK.

Soft and gentle, Big Thief lull the listener into a false sense of security as their emotive folk rock has a depth that initially conceals hidden dangers which snare the heart upon listening closely. Their band members include drummer James Krichenia, guitarists Buck Meek and Adrianne Lenker who stands in front taking on lead vocals and Max Oleartchik on bass who, despite coming from various States, met and formed in Brooklyn where they continue to be based.

Despite their relaxed appearance and the gentle nature to their music, Big Thief can be disarmingly complex and are unafraid to explore unsettling subject matters. Applying a story telling narrative, the characters that appear on debut record ‘Masterpiece’ are subjected to violence, trauma and how parental love can inadvertently be the very root cause of neurosis.

Their second album ‘Capacity’ was released in April, less than a year after their original album. It sees the band continue their trek into sombre territory, but the gentleness and delicate nature of the music lends a redemptive or cathartic quality, avoiding any descent into mere dirge.

“There is a darker darkness and a lighter light on this album. The songs search for a deeper level of self-acceptance, to embrace the world within and without. I think ‘Masterpiece’ began that process, as a first reaction from inside the pain, and 'Capacity' continues that examination with a wider perspective.”  - Adrianne Lenker

Big Thief hit the UK to show off the new material in November when they play Bristol Thekla and Newcastle Think Tank. They return in April of next year to also make a performance at KOKO in London. Needless to say, the band never fail to charm every time they play so do not miss out on any of these very special gigs.