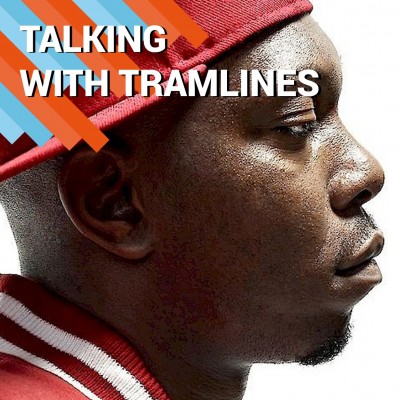 The award winning festival Tramlines first started in 2009 and continues to delight festival goers in ever greater numbers each year and now attracts an estimated 150,000 attendees. The festival takes place in the heart of the city centre and so takes its name from the very Tram links that grace the streets.

Tramlines builds on the rich cultural tapestry found in the city making use of the many fine venues that Sheffield has to offer including the City Hall, Millennium Gallery, The Leadmill, Plug, plus many more. It caters for all music lovers by gathering together the cutting edge artists you might not know yet with the biggest names you most definitely do. Expect to hear everything from jazz to rock, funk, dance and hip hop.

The main acts playing include alt rockers The Dandy Warhols, up and coming indie icons Catfish & The Bottlemen, old school hip hop greats Jurassic 5 and the one and only Dizzee Rascal.

We spoke to Festival Director Sarah Nulty about her experiences at the festival over the previous years, why the festival continues to be so successful and her recommendations of new artists you want to discover.

What is your role and how did you become involved in organising the festival?

Tramlines has been a main feature of Sheffield’s summer events since it started in 2009. How did it all begin?

It started with a group of promoters getting together to discuss ways of keeping Sheffield's city centre busy during the summer months when the students depart.  It then became a collaboration between us, the local council and a local radio station and has grown from there.

You’ve had some big names play the festival previously. What stand out performances have there been in the past?

For me Public Enemy were amazing, it felt like we had really made it. The sun shone and everyone was in such a great mood. I remember just hugging Kate our programmer and just feeling really happy.

The festival sees you draw together a fantastic array of acts covering a wide range of tastes. How do you make the decision of who to play?

There is obviously a bit of just choosing who we as a team want to see and balancing that with what our customers want. We also work around who is touring that summer and make sure that we have as many breaking artists as we do headliners. We love that Tramlines is a discovery festival.

Are there any acts performing this year that our readers may not know that you can recommend they go see?

Kiko Bun at The Harley on the Friday.

Kuenta I Tambu on Sunday at the Devonshire green stage

All We Are at The Cathedral on Friday

Gwenno at The Folk forest on Saturday

What are the main challenges for organising a festival that takes place across so many venues across Sheffield?

Co-coordinating all the venues is often a challenge, we need to make sure that each venues has a line-up that works and that there is enough diversity across the bill.

The safe movement of people across the city is paramount and is operationally a challenge with so many live roads. We try to close roads where possible in busier areas whilst making sure that we don't disrupt city traffic.

The festival continues to draw ever more excited crowds each year. What is the key to the festival’s success?

Being in a city that is so passionate about music is key to our success. There is amazing collaboration across the city. The people of Sheffield make it a really warm and welcoming atmosphere.

What can we expect from Tramlines in the future?

We are always looking for ways to improve, whether that's improving the site, adding bigger and bigger artists to the bill and making sure the food we serve is predominantly local and delicious.

We'd like to include more experiences outside of music as we have this year with our film programme.