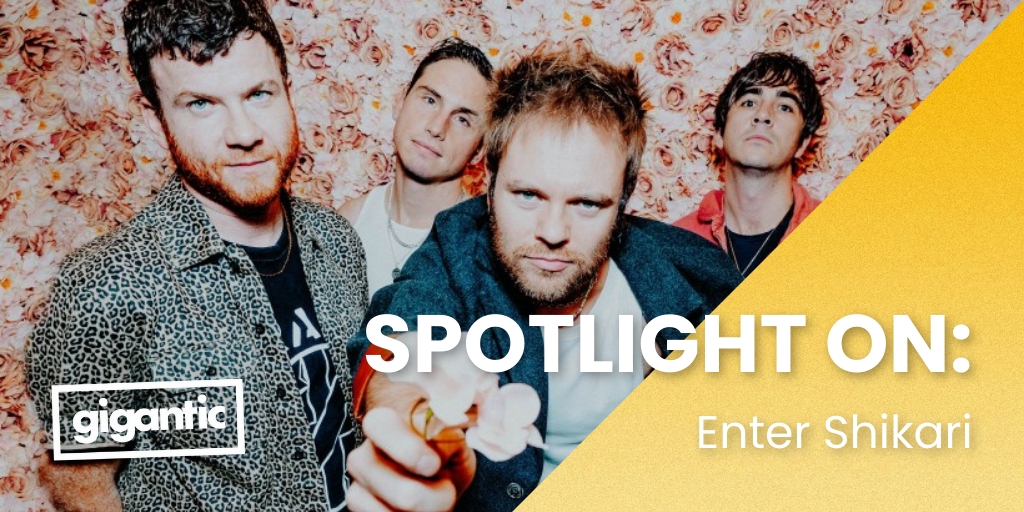 Electronica rockers Enter Shikari are back and return with stomping seventh studio album A Kiss for the Whole World! They celebrate the release with a massive tour of session shows that kicks off in February and lasts right through ‘til April, which sees them joined by special guests As Everything Unfolds and Cody Frost as support.

Tickets are released at 10:00 on Thursday 26th of January and expect to sell – FAST! So, CLICK HERE and set your event reminder.

Formed in 1999, Enter Shikari are renowned for their intense sound fusing hard rock with dance and ferocious onstage performances which has led to them developing a keen devotion amongst their many fans. From their early days, they were quickly recognised as something special by the critics, with NME awarding them the John Peel Award for Musical Innovation and receiving both Best Live Band and Spirit of Independence at the Kerrang! Awards.

This immediate interest from both fans and the media saw almost overnight success, with debut album Take to the Skies hitting No. 4 in the charts upon release, going on to reach Gold certification. Subsequent titles Common Dreads and A Flashflood Of Colour would also chart high in the Top 10 and become Silver selling titles, the latter named Independent Album of the Year at the AIM Awards.

They have now released six full length records in total, including Nothing Is True & Everything Is Possible which has been their most successful chart release yet, narrowly missing out on the top spot in the spring of 2020. And now they look to the future with highly anticipated new album A Kiss for the Whole World.

Produced by frontman Rou Reynolds, A Kiss for the Whole World will be introduced to their fan community with three sets of special monthly residency shows hitting London, Manchester, Glasgow, Wolverhampton, and Bristol in the coming months ahead of the scheduled of release of the album on Friday 21st of April via So Recordings / Ambush Reality.

Enter Shikari tickets are released with Gigantic at 10:00  on Thursday 26/01.