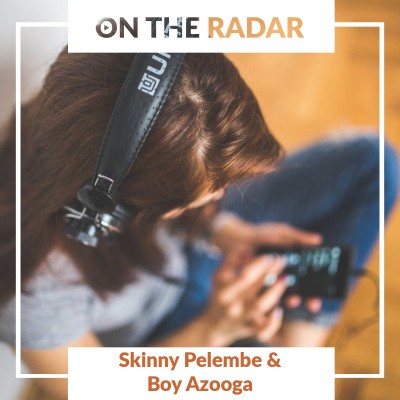 Johannesburg born and Doncaster raised songwriter Skinny Pelembe applies soulful stream of consciousness vocals taken from his dream journals and applies them to his vibrant songs which employs a variety of styles and interwoven sampling to create a hazy flow to an almost psychedelic effect and has earned a reputation for his amazing live performances.

Pelembe has also proved his song writing prowess with a steady stream of highly confident studio recorded releases which started with his 2016 single ‘Mindset Is Fear’ which expertly fused a flowing almost ambient melody with a creeping undercurrent of dub delay to capture the sense or rising terror.

The debut single was followed a year later by his five track EP ‘Seven Year Curse’. Starting with the titular track, the record sees Pelembe more fully explore his own take on Afro-beat which embraces bright soul sensibilities whilst also delving into the deep overflow of layered loop sampling and intertwined yet ever moving rhythms. The effect of this is to produce an almost surreal audio experience which is loose enough to feel more like a live recording, giving the songs an immediacy, which gives the thrilling feel of being in close quarters to the musicians.

The combination of flawless live performances and such high-quality output attracted the attention of jazz and hip-hop star DJ Gilles Peterson who would premier the EP’s single ‘Should You Go’ on his BBC 6 Music radio show before signing Pelembe to his very own label Brownswood Recordings.

The first release is the single ‘Spit/Swallow’ was released early this year. Continuing his knack for combining styles and deftly layering his music, ‘Spit/Swallow’ is also a kaleidoscopic fusion of hip hop breaks and interlacing samples and yet shows a huge leap. Perhaps it’s having access to greater resources which comes with being with Brownswood Recordings or the added confidence which came from being signed, or maybe its just a sign that this young star is just starting to come into his own, as ‘Spit/Swallow’ just has that little special something which hints that Pelembe might just be ready to re-enter the studio and get his first full album cut.

While we all await the next awesome release, you can catch Skinny Pelembe when he takes over Corsica Studios in London on Thursday 27th of September.

The work of charismatic little Cardiff charmer Davey Newington, Boy Azooga is the choice for anyone with a penchant for folk tinged funk and the endearingly odd. Signed to the iconic label Heavenly Recordings, they have just dropped their debut album ‘1, 2 Kung Fu’ which is already causing a massive stir and widely tipped to be one of the records of 2018.

“The album is not all one thing for sure. The whole point of Boy Azooga is to be a celebration of loads of different types of music. I wanted the album to be more like a mixtape or something. We wanted to include loads of contrasting styles.” - Davey Newington

Having come from a rich musical background, with a Grandfather who was a drummer in the Royal Marines with a passion for jazz and parent who met as performers in the BBC National Orchestra Of Wales, it would be easy to assume that Newington’s future in music was guaranteed and deeply rooted in tradition. However, given the eclectic nature of his music it seems somehow fitting that the real inspiration to pick up the guitar and also take to the stage came from watching the Jack Black comedy movie ‘School Of Rock’ as a child. And so, he would take all future instruction in his music lessons with this in mind

The first hints of Newington’s impressive talent came with the highly infectious single ‘Face Behind Her Cigarette’ which starts with a Morse code like keyboards before diving into a massive bass riff reminiscent of Edvard Greig’s ‘In The Hall Of The Mountain King’. It is Newington’s ability to draw on such a wide musical background which enables them to expertly sail that thin channel between madness and greatness.

‘Face Behind Her Cigarette’ would be joined by following singles ‘Loner Boogie’ and ‘Jerry’ to feature on their newly released debut album ‘1, 2 Kung Fu’. Enlisting the aid of drummer Dafydd Davies, guitarist/keys by Dylan Morgan and bassist Sam Barnes, the record was produced by Eddie El Shakarchie and with his expert team assembled Newington was able to let his imagination run rife and create the wonderfully eclectic record he had envisioned.

“One of the songs has a really loud guitar bit at the end but then other songs are really quite melancholy. I just wanted to have a huge range of stuff. I really like albums that I feel like a lot of thought’s gone into it and where all the detail in them keep them interesting after a few listens.” - Davey Newington

However, not willing to rest on their laurels, the Newington is already keen to hit the studio with El Shakarchie once again and we expect that an exceptional follow up LP is already on its way.

While Boy Azooga may already be looking towards their future recordings, they are currently out on the road promoting their current record with a follow up tour coming later in the year. Do not miss your chance to see some of the most exciting gigs of the year!