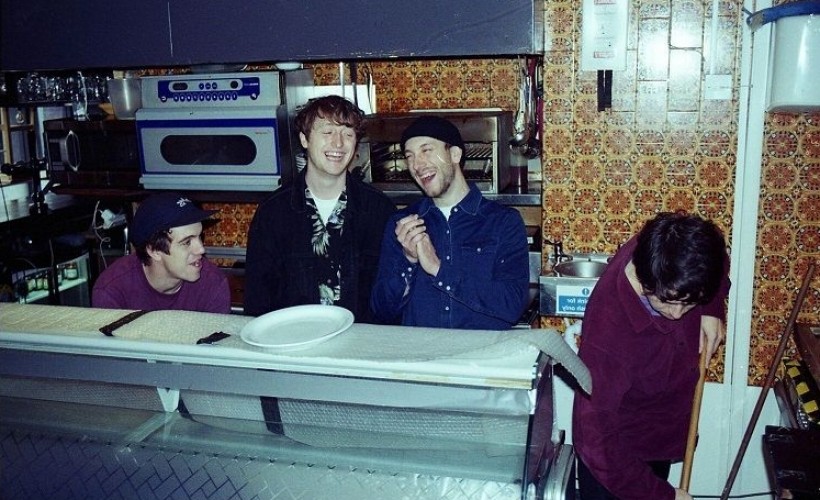 You can catch Boy Azooga when he plays at YES in Manchester on Saturday 14th of December 2019.

Leading a busy life, it is easy to forget when your favourite gig tickets are going on sale and miss out. So, set a personal reminder with Gigantic and then you will be alerted with a text message or an email just prior to their release at 09:00 on Friday 1th of October.

Boy Azooga is the DIY work of Davey Newington and is fast becoming the bright young hope of British song writing.

Fans are all very excited to get their hands on Boy Azooga tickets, but as the word spreads the demand grows so book yours before they all go. Gigantic makes placing your gig tickets order easy by enabling access to our site 24/7 meaning you can have a relaxed experience whilst at home or even out and about using your smartphone, tablet or computer.

Boy Azooga’s debut album, 1, 2 Kung Fu, is piloted by Davey Newington, a young man with much musical heritage. One of his granddads was a jazzer who played drums for the Royal Marines. Davey’s dad (violin) and his mum (clarinet) both played, and met, in the BBC National Orchestra Of Wales. Davey himself also enjoyed orchestral engagement, playing in various Welsh Orchestra’s and Jazz bands as a teenager.

Davey took up the drums at the age of six. More recently, and operating as one Bongo Fury, he became the rhythmic pulse for Charlotte Church’s Late Night Pop Dungeon, sat behind the kit as Charlotte plied joyous pop hedonism to Glastonbury and beyond. This would have been enough for some, but now Davey returns as Boy Azooga. The oldest song on the debut album is Hangover Square, titled after Patrick Hamilton’s celebrated and blackly compelling 1941 novel of the same name. The book was given to Davey by his dad as Davey left home at the age of 18. He was so taken with the novel that he almost immediately turned the book’s narrative into a song. Now, completing a circle, Newington senior plays strings on the Boy Azooga album. Davey plays everything else.

As there are only limited supplies of Boy Azooga concert tickets being put on sale by the event organisers, we really do urge you to act quickly and book yours before they are all gone. Last year saw Gigantic take home Nottingham Post’s their illustrious ‘Retail Business of the Year’ award, and with even bigger things planned for the new year you know we are the very best place to come whenever you are planning your big night out!

The new sounds you need to hear

Really good venue and gig. Met the lads afterwards and brought a copy of their vinyl works. Well done lads. Wish you all the success in the future.

That's all we have for Boy Azooga! Check out their upcoming shows