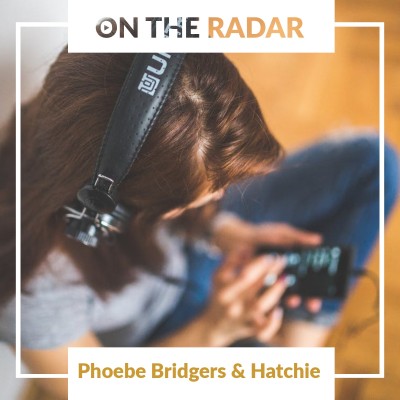 The L.A. based twenty-three-year-old has benefitted from the vocal support of such massive established songwriters as Conor Oberst and Ryan Adams, the latter of who signed her to his label PAX-AM through which she released her critically acclaimed debut single ‘Killer’ in 2015.

‘Killer is expertly produced by Adams who captures the Californian singer’s innate talents by stripping everything away except her own performance and a temporary slide guitar accompaniment. The ‘Killer’ 7” also included the solemn song ‘Georgia’ and both tracks would later be included on Bridgers first full-length record, plus b-side ‘Steamroller’.

Last year saw the release of her eagerly awaited album; ‘Stranger In The Alps’. Her initial LP was an exploration of modern intimacy with Bridgers investigating the relationships that fill her immediate life. It also detailed the hole in her life created by the loss of such rock legends as Lemmy and Bowie who played such an instrumental role in the development of her sound. Each song is neatly nestled together, ranging from wispy ethereal confessions to folky vignettes. ‘Stranger In The Alps’ was met with modest commercial success upon its release through independent label Dead Oceans, breaking the Top 40 in the US Indie Charts.

Phoebe Bridgers now announces her intention to head on over to the UK so we can hear her unique compelling country sound live, with tickets on sale with Gigantic right now.

As the resurging Dream Pop revolution continues, Brisbane born songwriter Hatchie leads the way. Hatchie (AKA Harriette Pilbeam) takes her penchant for the intelligent female pop sound of the 80’s to dizzying heights with her use of sweeping synths, candy rush rhythms and a knack for writing truly addictive melodies.

Pilbeam first created waves with her giddy single ‘Try’ in 2017 which was soon followed by her shoegaze inspired song ‘Sure’. This year has seen the release of her incredible new five-track EP ‘Sugar & Spice’. Euphoric and invigorating, the songs see Pilbeam apply her saccharine sweet style to Europop beats to create a lush and enveloping extended player with an overwhelming optimism.

“After writing music that never felt cohesive or special enough to warrant its own venture, ‘Try’ marked a shift in my writing style I wasn’t expecting. I wrote it in early 2015, followed quickly by ‘Sleep’ and ‘Sugar & Spice’. They were written more for myself than for a specific project, in an effort to explore feelings of vulnerability and ecstasy I had previously suppressed. I wanted these songs to sound lush, sparkly, and recreate euphoric feelings I experienced falling in love for the first time. I reworked my demos with Joe Agius, whose production and writing additions achieved the perfect sound I was searching for, giving me confidence to start taking the songs more seriously and continue writing.

The songs on ‘Sugar & Spice’ were all written without much thought or pressure from myself or anyone else, allowing me to lay my feelings out like I’ve never done before. Joe & producer John Castle helped shape the sound you can hear in each track, bringing life to each song in its own special way.”

‘Sugar & Spice’ is out now, available on candy blue 12” vinyl through iconic independent label Heavenly Records. CLICK HERE to get your copy.

Riding high, Hatchie has embarked on an international tour which takes her around Australia and America before heading to the UK to takeover Electrowerkz on Thursday 1st of November for what no doubt will be an electrifying end of a massive year for Pilbeam.