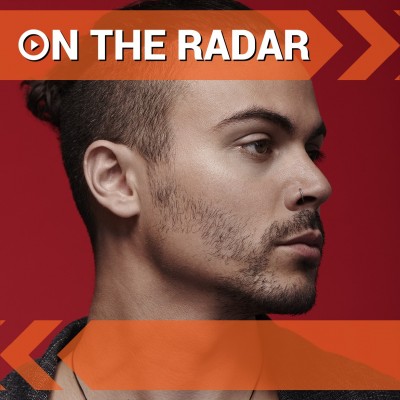 The whole world is talking about Georgie. Initially starting as a solo folk player, her sound has grown with her abilities as she has matured as an artist to become one of Britain’s brightest music hopes for the future having signed to major label Columbia Records. She is currently completing her tour supporting indie band Blossoms.

The bright spark began by playing the open mic circuit of Mansfield and was performing her own material by the time she was sixteen at Nottingham hot spot Jam Café. She made the move from solo artist to work with a full band accompaniment allowing her to explore a wider range of sounds that expands the potential of each song whilst also being able to really push her wonderful vocal abilities.

Georgie has since risen to the fore of Nottingham’s burgeoning music scene to become amongst the most respected artists in a town known for its talent. Now she is well known and praised by influential music critics on both sides of the Atlantic Ocean and enjoys the benefit of prominent airplay in both the UK and the US having played British and American live recorded radio sessions.

She has just released her sassy new single Company Of Thieves on vinyl 7” and MP3. Apparently addressing a deadbeat former lover, the song seems to come from a place of bitter experience. A place she has no intention of returning to anytime soon.

Make sure you get down to her Spring 2017 which sees her playing gigs in Birmingham, Nottingham, Bristol and Manchester.

Rising Danish star Alex Vargas blurs the barriers between rock, dance and R&B with immense heartful songs that mark the young talent as marked for greater things. After cutting his teeth as a teen as the singer in the band Vagabond he struck out as solo artist.

After building a huge online following he signed to Copenhagen Records and produced the EP Howl which revelled tremendous emotional depth for the young performer upon release in 2013. This was followed this year by another incredible EP Giving Up The Ghost which thrilled his fans and critics alike.

His latest release is the ultra cool track Higher love. The new song oozes with sophistication, with Vargas’ soulful yet somewhat cold delivery accompanied by a varied mix of traditional instrumentation and keys mixed with executed heavy electronic bass and well produced beats.

Vargas will be making headline performances at Thekla in the vibrant creative city of Bristol on Tuesday 18th and at essential Manchester venue The Deaf Institute on Wednesday 19th of April 2017. Tickets have just been released but expected to sell quickly so get yours before they are gone!