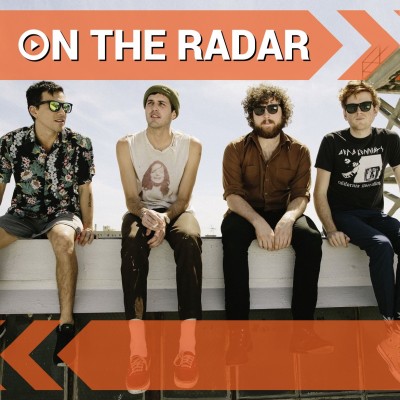 LA slacker skate punks FIDLAR have just released their new video Punks. The story sees a hapless hero join a cult whilst in search of making a buck – what could possibly go wrong? The song is taken from their second album, simply titled by the pun Too.

The band was started by guitarists Elvis Kuehn and Zac Carper whilst the pair were working at the same recording studio. Writing and recording whenever the rooms were not in use, it quickly became apparent they were creating something special and so Kuehn enlisted the aid of his brother Max to play drums and their half cousin Brandon Schwartzel to join them on bass.

Anti-cool and unapologetic, FIDLAR are in total contrast to the sort of overly polished bands that allow the major label managers to fritter their identity away to irrelevance. By choosing to spend their time and energy writing razor sharp riffs rather than allowing petty things like image to dictate their direction they ensure that style does not get in the way of substance.

Hard, fast and satisfyingly catchy. Make sure you see them play in the UK!

Perhaps one of the hardest first steps any band has to take is deciding upon a name. Con Brio take their moniker from a musical term that means to have spirit or vigour and the name could not be more apt. The funk band are known for their highly energetic shows that see singer Ziek McCarter set the stage on fire with his lightning fast hips, pulling the splits and performing backflips.

Their brand new song Free & Brave sees a band waking up to the reality of the American dream; “The Amazon unemployment line. Living hand to mouth, chasing dimes. They tell me save every penny ‘coz there sure ain’t plenty to go around.”

Despite the hardship endured the San Franciscan soulsters remain defiant and optimistic as shown by their sheer audacity which comes through the shining confidence in their own talents. With building funk bass lines, a rousing bass section, some killer dance moves and that lead guitar the song exhibits more talent and ideas than most other acts entire careers.

Free & Brave is taken from their upcoming album Paradise. The record is available to pre-order right now and will be promoted by live shows in the UK.