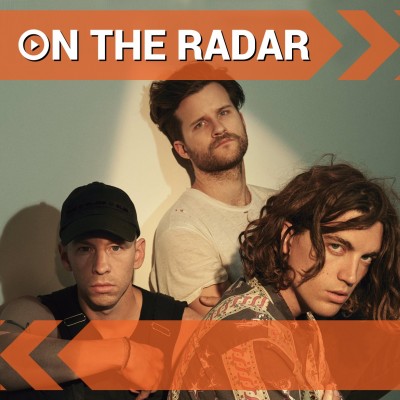 LANY have shot on to the scene and are quickly becoming the next big thing in synthpop having only formed just over a year ago.

Despite having all met whilst living in Nashville, LANY take their name from an acronym of Los Angeles New York having decided that they want to conquer the two cultural capitals of either side of America and everything else in between and beyond.

Having set their sights on becoming interstate sensations, wonder trio Paul Jason Klein, Jake Goss and Les Priest began by uploading the laid back and highly polished tracks Hot Lights and Walk Away to their Soundcloud page. They were soon followed by the self-released EPs Acronyms and Make Out which also showcased the trinities knack for writing effortlessly cool electronica.

The band were signed to major label Polydor Records towards the end of 2015 and the first original release to have their backing is the new single Where The Hell Are My Friends. LANY are due to play a number of high profile festivals in the States before hitting the UK.

Having recently played three stunning sets at the fantastic Dot To Dot festival, amazing dark pop phenomenon Dua Lipa is getting set to blaze across the UK on her exciting upcoming headline tour.

London born Lipa moved to her parent’s home country of Kosovo before returning to Britain and embarking on a career in modelling whilst still a teenager. Aged only 17 she released her first demo onto SoundCloud which astounded listeners with her mature voice and confident song writing ability. Her highly stylised singles New Love and Be The One soon followed and contribute to her 2.6 million views on her YouTube channel.

The highly creative singer has already enjoyed a fantastic year after becoming a BBC Sound of 2016 nominee and being championed by Fred Perry Subculture. She has also released the two stunning singles Last Dance and Hotter Than Hell which are expected to feature on her as yet untitled debut album which is sure to be one of the biggest releases of the year.