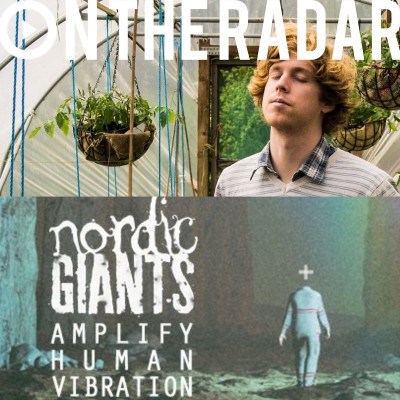 Fusing avant-garde electronica with the cinematic scope of post rock, the experimental work of highly dramatic cult band Nordic Giants is gathering together a loyal following. In building vast walls of sounds cut into by glitchy beats and ridden by samples to complete the soundscape, Nordic Giants create a sense of the profound which taps into the very core of the listener. Building upon pregnant silences laden with expectation, they drift through the ethereal whilst rising on dizzying crescendos and falling into despairing fits of rage.

Formed in 2010 by Loki and Rôka Skulld, the pair increase their allure by only ever playing in highly decorative masks that leer from the darkness of the smoke-filled stage. The combination of strobe lighting, poignant visuals and film to be timed to their powerful music has led some commentators to compare their live performances more akin to a religious experience or a shamanistic ritual than a gig.

Nordic Giants have just announced a tour to promote their recently released ‘Amplify Human Vibration’ documentary. Paid for by money raised through a highly successful crowdfunding campaign, sponsors received a copy of the film complete with soundtrack either on CD or vinyl.

“Our aim is to produce a short film to explore the kindness of humanity and decipher what drives these people. For those that have seen the live show before fear not, this will not be a light affair, but a thought-provoking exploration into the human spirit.”

The accompanying tour takes them to:

The deceptively bright indie pop of Hartlepool songwriter James Leonard Hewitson almost eclipses his penchant for filling his music with paradoxes. Taking on elements of antifolk and lofi rock, a casual listen could easily cause you to dismiss him as yet another slacker. But a careful listen reveals the farcical wordplay created by a mind obsessed with uniting diametric opposites.

If you’re looking to get into the weird wold of James Leonard Hewitson, then the beginning is a very good place to start. His first single ‘Care Less, Love Less’ explodes right from the off. Released in the summer of 2016, the song plays with contradictions as it explodes into a bright wall of sound.

“It’s just a fun introduction to my music. It’s just a light, humble pop song for you to enjoy in the summer, or anytime, really, anytime you want.”

It was soon followed by second single ‘The Screen’. A JG Ballard-esque tumble into the ever-expanding shared hallucinogenic clutter of the internet, its addictive nature and how we become more isolated by constant connectivity.

Early in the year saw the release of the bass heavy slow disco wonder ‘Dream Person’. More than a mere love song, Hewitson finds that the object of his affection makes him question the very nature of attraction, pulling apart gender norms and societal expectations as he does. He sets himself the aim of becoming their dream person while knowing that it is an impossible task, yet another absurdity which seem to be a consistent throughout his work.

While we wait for him to get round to recording a debut album (or even an EP!) you can catch him when he plays at The Waiting Room in London on Wednesday 13th of September.