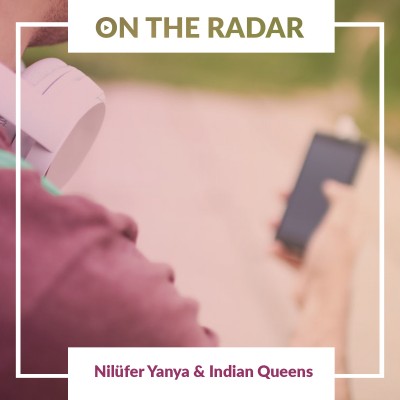 Having been named by BBC Music in their impressive listings for Sound Of 2018, it is really time you paid attention to Nilüfer Yanya. The West London 22-year-old is the sophisticated side of indie pop, drawing on jazz, neo soul and even no wave rock to captivate the listener with tracks which ooze class and exceed her years. Not bad for a woman twice rejected from applying to study music at university.

Yanya began by making her own way, playing the open mic nights found throughout London after being inspired by singers such as Nina Simone and Amy Winehouse, plus the off-kilter rock of the Pixies.  Being the sole performer, she turns her isolation into a strength by actively using silence, tempered builds and well-placed pauses to provide impetus and emotive weight to her music.

She has already produced a string of singles which make for compulsive listening including ‘Keep On Calling’, ‘The Florist’ and ‘Baby Luv’; her most popular song yet. Last week saw her return with latest offering ‘Thanks 4 Nothing’. A melding of electronica cha cha beats and sombre lyrical refrains directed to a former lover to whom she has no intention of returning to. It is the still anger which leads to a simmering tension which makes the song absolutely captivating.

‘Thanks 4 Nothing’ has already racked up an impressive 19,000 views on YouTube already and confirms that she truly is one to watch this year.

The band includes drummer Matt Bick and sisters Katherine O’Niel (bass) and Jennifer (Vocals/Guitar) O’Neil, the latter of whom many will recognise from post-grunge outfit Bleech.

Following the split of their former project, the sisters turned to long term friend Bick to form a band with greater scope and drawing from a larger sphere of sound to give them the room to truly develop their music by freely exploring ideas to truly interpret the world which surrounds them.

“Growing up under the shadows of concrete giants, the songs reflect our city’s energy.”

And the results have been impressive, to say the least. Critics were quick to praise early single ‘Us Against The World’ which saw them enjoy widespread coverage. Last month saw the release of their new single ‘I Get No Rest’.

Their latest single tells the story of London at night, the pent up anxious energy leading to a crippling state of constant fear of missing out and resulting insomnia. Despite having every desire almost within reach, the tantalising possibilities can only be accessed by the affluent. The effect of this cruel trick on the city dweller is virtual paralysis of motion as they are forced to rapidly run on the same spot.

Catch them when they take over Hoxton Bar & Kitchen on Friday 20th of April. With tickets just about to be released, set your personal reminder right now.

Indian Queens tickets are released at 10:00 on Wednesday.