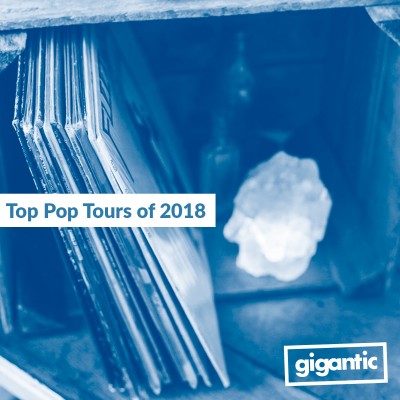 Gigantic always has the best tickets for the most exciting shows, with something new being added every day. We already have a fantastic selection of some of the world’s biggest popstars on offer with the year ahead shaping up to be absolutely fantastic for music.

Keep scrolling to take a look at our pick of the top pop concerts taking place throughout 2018.

Following his triumphant Glastonbury Festival headline performance, beloved British songwriter Ed Sheeran has announced a nationwide stadium tour for 2018. Promising to be one the biggest music events of the year, you can look forward to hearing material of his latest record ‘÷’ in addition to all his hits. With tickets selling fast, this may be your last chance so book yours right now!

Ten-time Grammy Award winner and having sold more than million records worldwide proves that there can be few bigger names in pop than Taylor Swift. Last year saw the release of multi-platinum selling sixth studio album ‘Reputation’ which she now shows off on her international stadium tour. Get your ticket today!

This year sees the release of Calum Scott’s log awaited debut album ‘Only Human’. Having recently played his first headline show in London at KOKO and made appearances in the States on Late Night with Seth Meyers, The Ellen DeGeneres Show, Good Morning America and Dancing With The Stars, the Hull hero hits the road in April.

Songwriter Jamie Lawson was Ed Sheeran’s first acquisition to his Gingerbread Man Records label. Best known for his hit single ‘Wasn’t Expecting That’, Lawson was exposed to a wide audience supporting the likes of One Direction and Vance Joy before heading out this March for his very own tour.

There can be few names more synonymous with pop than Steps. Starting out as a techno country outfit and developing into a household name during the 90’s with a lot of influence from ABBA, the have just made their welcome return. Check out our Interview with Lee Latchford-Evans HERE.

Little Mix have come a long way since their time as contestants on The X Factor. Jade, Jesy, Perrie and Leigh-Anne have gone on to become one of Britain’s biggest bands and have recently topped the charts with latest album ‘Glory Days’. Join them for the July tour.