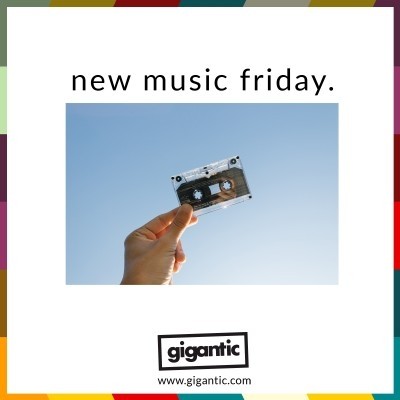 You can’t start the weekend without the biggest new beats, wicked tunes and brightest anthems – so here we are with your latest shiny edition of #NewMusicFriday; your essential rundown of all the hot releases you need to know. Plus, we have gig tickets galore, getting you ready for a massive year of music. 🔥🔥🔥

So, turn up the volume, enjoy the playlist and we will see you at front xx

Alt pop superstar Years & Years AKA the exceedingly talented Olly Alexander is back with brand new album Night Call. His first record as a solo artist and somewhat of a concept album, Alexander has weaved together eleven tracks that tell the tale of men being lured to their death by a beautiful merman.

Seemingly euphoric and free, its jubilant sound betrays dark themes as Alexander explores his murky character on an album sure to hit Number 1.

“I was writing from a fantastical space, stuck in the same four walls. I wanted to have as much pleasure as possible in the music.” – Olly Alexander

Leeds based post punk supergroup Yard Act have finally dropped their eagerly awaited debut album The Overload­ – and it’s every inch the banger we had hoped. Observational lyrics reacting to a Britain broken by crushing Tory rule, kitchen sink comedown drama and crazed BREXIT characters meets break beat, lo-fi disco and no wave in a debut record that will no doubt feature in pretty much every album of the year listings for 2022.

“A lot of post-punk music has become formulaic. Anyone in their right mind knows the charlatans are in charge, we’ve had 10 years of it now. I don’t need my beliefs reaffirming through simple music and I don’t think our audience needs that either.” – James Smith