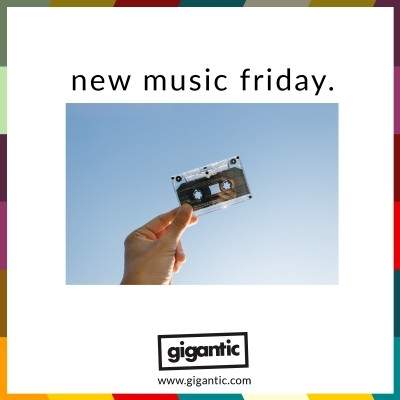 Looking for the fresh tunes that have just dropped today? Then keep scrolling to enjoy our #NewMusicFriday blog & playlist bringing you all the best bangers, the goss behind the music and tickets to hear the tunes being played live.

Have a fantastic weekend xx

SYSTEM OF A DOWN – ‘Protect The Land / Genocidal Humanoidz’

It’s been a LONG time since we’ve had anything new from System of a Down – and now they return with not one but two singles ‘Protect The Land’ and ‘Genocidal Humanoidz’! Written and produced by guitarist Daron Malakian, both songs are released to raise awareness of the conflicts between Artsakh and Azerbaijan with all money raised by the songs going to the Armenia Fund.

“I wanted to show the unification of our people around the world for one common cause, illustrating the power in numbers. So, we brought together people from all ages and professions who believe in and are fighting for that same cause.

“It’s one thing to come up with an idea, but to see it come alive as happened with this video, has been just incredible”. – Shavo Odadjian

See System of a Down smash it alongside fellow mighty headliners Kiss and Biff Clyro booked for Download 2021!

System of a Down tickets are currently available.

The UK’s biggest pop band Little Mix are back with brand-new album ‘Confetti’ – and it’s the pop perfection you need in your life! Check out sassy album opening track ‘Break Up Song’, the passion of ‘Sweet Melody’, the heart ache found on ‘My Love Won’t Let You Down’ and the pure fire banger ‘Happiness’.

Whilst the girls can’t be on stage right now, fans will be thrilled to see Little Mix: LM5 - The Tour Film! Screenings are being held at The Drive In where you can see a dazzling celebration of the 2019 tour which included 40 arena shows across Europe playing all your favourite hits including ‘Shout Out to My Ex’, ‘Woman Like Me’, ‘Wings’ and ‘Touch’! Plus, guest appearances from grime legend Stormzy & the band’s long term friend Kamille.

The past three years have been a burst of creativity from Aberystwyth-born singer/songwriter Novo Amor (AKA Ali Lacey). In 2017, he dropped debut album ‘Heiress’ which first introduced us to his unique    pop/folk infusion followed a year late by second record ‘Birthplace’ – and now he drops stunning third instalment ‘Cannot Be, Whatsoever’.

Bright yet contemplative, Lacey describes his latest LP as “a shift towards the light” across the ten tracks which he self-produced. The optimism shines through as he deeply reflects upon the most important moments in his life and their meaning.

Novo Amor will be playing headline dates during Spring 2021 to show off his new material – make sure you grab your ticket with Gigantic right now!