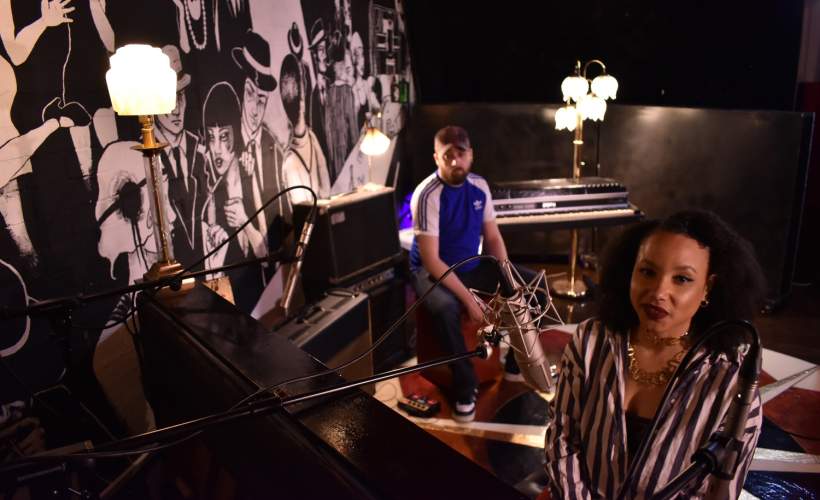 Returning from London to her home city, we are very excited to have Natalie Duncan come see us to perform her own unique take on the heart-breaking John Lennon song ‘Jealous Guy’ plus her own affirming song ‘In Solitude’.

The first Nottingham artist to be signed to a major label in a decade, Duncan joined Verve Records which boasts the world’s largest jazz catalogue, including such greats as Billie Holiday, Nina Simone and Ella Fitzgerald for the release her debut album ‘Devil In Me’. Her first full length record really showed off her range of influences and breadth of talent, including powerful blues, vulnerable R&B and silky-smooth soul.

Duncan has since signed to UX Records to bring out her EP ‘Black & White’ which saw her sound evolve to pursue more of an electronica feel. It contains the single ‘Lies’ which has been streamed over 600,000 times on Spotify alone.

Having previously featured on his intense track 'Freedom', Duncan once again teamed up with pioneering DJ Goldie to perform a stunning live re-interpretation of his seminal drum and bass anthem ‘Inner City Life’ at BBC Music Presents The Biggest Weekend last year. And so, we are very honoured that she took the time out to come perform on The Moonshine Sessions.