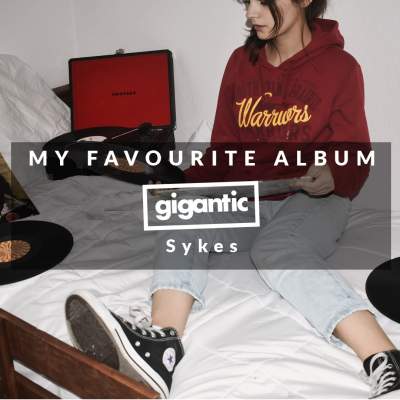 Gigantic is back with another insightful edition of the My Favourite Album blog. Joining us this week, is funk infused breakbeat producer Sykes.

Based in vibrant Rotterdam, singer, songwriter and multi-instrumentalist Sykes fuses disparate sounds and genres into one fluid whole, bringing together his love of funk, jazz and soul with UK garage and electronica.

This month saw the Dutch producer drop his phenomenal 2-step single “We And Us”. The title track is taken from his forthcoming EP and reflects upon divisions in society and how we can heal the harms caused by racism and prejudice. The We And Us EP is out via Fluid Funk on February 10th.

Sykes is the one to watch in the year ahead and is expected to become a formidable new force in electronic dance. Make sure you LIKE\Follow him on Facebook, Instagram and hear him unveil his new tracks on Spotify as he becomes THE vital breakthrough act of 2021!

Donny Hathaway – Extension of a Man

I think I was 18 or 19 years old. I had a friend at that time, and we were house sitting at her aunt for the weekend.

This aunt had a whole collection of homemade cassette tapes with compilations of several soul artists like India Arie, Stevie Wonder, and also Donny Hathaway.

I remember I was listening to this tape and I heard the song: “Love, Love, Love”. I was mesmerized by it and I listened to it over and over that weekend.

Donny Hathaway’s albums and the song “Love, Love, Love” mean a lot to me. The man’s voice just strikes me very deeply and I always want to listen to him when I am feeling down, or when I want to continue to be happy or even become happier. This particular album brings back special memories, because I bought it during a city trip to London with a friend. I bought this record at Rough Trade.

The songs “Love You More Than You’ll Ever Know” and “Lord Help Me” are two of my favourite songs.

Talk us through your favourite lyrics and songs on the album

My favourite song on the album is “Love You More Than You’ll Ever Know” and that is because the arrangement changes between minor and major between verse and chorus and I like the very urgent way of singing he does.

He has a beautiful voice, and it is like you really experience what he experienced.

I like it when he sings in contradictions and that he wants to give it all up for this one person.

In my opinion he was one of the greatest musicians in the soul genre with respect to composition and he had an awesome voice. I would also recommend to watch the documentary about him: Mister Soul – A Story About Donny Hathaway and listen to the Live album when you’re at it.