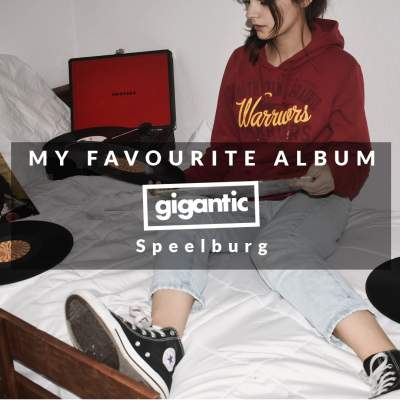 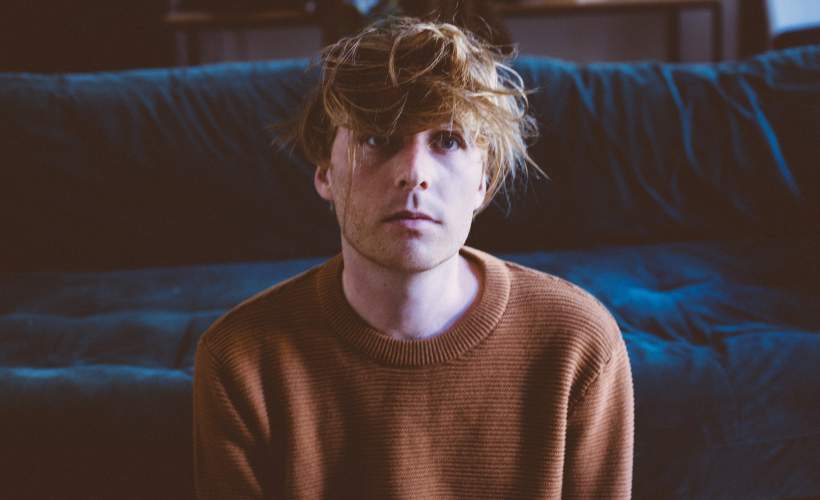 Joining us for the latest edition of My Favourite Album is Noah Sacré, better known as the delightfully eclectic Speelburg.

The Belgium-American artist spent his formative years flitting between LA, Brighton and the South of France, soaking in the rich culture and absorbing their unique style. His nomadic life has directly influenced his music, which is a wonderful palate of with wide brush strokes of diverse sounds, including funky hip hop, bright indie pop and dives into psyche as heard on the ‘Noah’s Audition Tape’ EP and essential singles like ‘Sauvage’ and ‘Pulse Of A Million’.

Later this year, Speelburg drops his highly anticipated debut album ‘Porsche’ – the high precision record engineered to perfection which is already getting fans and tastemakers excited with the effortlessly cool track ‘Crash & Burn’ and the single ‘When You Want Me’ which already feels like a timeless classic.

‘Porsche’ is released via Juno Records on CD, Vinyl and Cassette on Friday 2nd of October. CLICK HERE to pre-order.

i know i haven’t seen it, but imagine this is what people mean when they say this is a real “Sophie’s Choice”. i had to delay this interview by a week because i couldn’t choose between White Denim’s ‘D’, Unknown Mortal Orchestra’s ‘Multi-Love’, Vampire Weekend’s ‘Vampire Weekend’, Sufjan Stevens’ ‘Illinoise' and like, everything Rage Against The Machine have ever done. in the end i chose The Avalanches’ ‘Since I Left You’ because it has gone on to educate, in many many ways, the way i write and the way i want others to experience my music.

technically at the end of 2000, though i’m pretty sure it didn’t reach european shores until 2001.

When did you first hear it?

i think it was probably seeing the videos for 'Frontier Psychiatrist' and 'Since I Left You' on MTV. i think at the time, i probably thought the former was some kind of weird novelty track, but it was so surreal. like, how they managed to translate the cut and paste sampled nature of the music into a perfect visual representation and then it was probably when i saw the video for the album’s title track that i was hooked. it changed a big part of my DNA, and i became obsessed. a couple years later i went on a trip to Barcelona with a few friends. it was a 13 hour bus ride from Nice because it had all these random stops along the way. one of my buddies Martin had downloaded their 25 minute Cornerstone Mix - for anyone that hasn’t heard it, please look it up on youtube now. at the time we had to get all those mixes illegally throw limewire and soulseek. i listened to it a lot. it was like that scene in Pleasantville where everything changes from black and white to this explosion of color. the mix of Beach Boys into Van Dike Parks into America is mind altering. after that, i really dug into everything they had available. every mix, every version of the album, any interviews etc… i got hooked to their forum on their website where there was a thriving community of fans and musicians alike. we all shared bands we were into and even our own stuff and it really helped expand my appreciation of all this great new music coming out of Australia.

i think it showed me you could sample anything in the world and somehow put it together and make something new. i already kind of knew that being a huge fan of hip-hop, but there was this idea that every hip-hop group had a DJ and they never explained anything beyond that. you’d be like ‘well how do the songs actually get made’ and ‘why isn’t your DJ shown to be doing anything else in the video except for rudimentary scratching? i think Since I Left You shined a light on production in a way that had nothing to do with the metal and funk bands i was in at the time.

and it was a continuous album, each song perfectly blending into the next which made it this whole experience, you just put the first song on and didn’t turn it off until the very last one, and then did it all over again.

and the fact they didn’t release another one for another 16 years only helped to mythologies them even more. i never abandoned hope because every year someone at Modular or someone close to the band would be quoted in the press as saying ‘this is the year, man! i promise’ and then nothing would happen.

so, when i found myself talking to a friend of a friend who worked with them at The Great Escape in May of 2016, my heart almost burst.

Talk us through your favourite songs and lyrics on the album

i guess it’s not really a lyric heavy album, though Frontier Psychiatrist sure gives it a damn good shot and makes some amazing poetry.

there’s so many samples it’s probably funner to mention a few of the good ones like Kid Creole & The Coconuts’ ‘Stool Pigeon, the strings on Since I Left You and the ‘real jewish aerobics with music by YaShama’ sample in the cornerstone mix, which in a lot of ways follows the same path as SILY.

yes. in college i made a very avalanches sounding song and put it up online as their new single, leaked, just so i could get some attention on my band. it actually got some views. a couple years later i was checking out the comments section and they had commented from their avalanches account ‘not even close’. they were right, but holy shit did i feel seen that day!

i could really talk about this record all week.

anyway, thanks for letting me do this, y’all rule!!