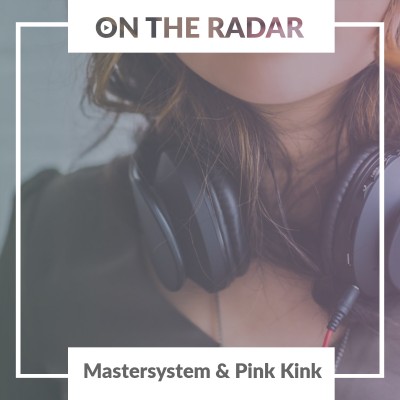 In a similar vein to their previous project Minor Victories, brothers Justin (of Editors) and James Lockey team up with Grant and Scott Hutchinson of Frightened Rabbit for yet another supergroup loaded with immense potential; mastersystem.

mastersystem came about after a chance meeting in Berlin and the first taste of their pair of brothers material comes in the form of debut single ‘Notes on a life not quite lived’. Rousing yet vulnerable, the song builds from an existential crisis to become a triumphant roar of scuzzy guitars and machine gun rapid drums. ‘Notes on a life not quite lived’ is taken from their forthcoming debut album ‘Dance Music’.

“I thought it would be interesting to play around with the themes of restlessness and dissatisfaction on this album, both as a counterpoint to the exuberance of the music and as an obvious reference to the angst and tension I heard in the grunge and fuzz of my teenage years. This is not the angst of a teenager, however. This is the anxiety of a man in his mid-30s, and for a lot of this record I found myself wrestling with the ways in which I am not quite doing life right, in spite of appearing to lead a relatively joyful, playful and artistic existence.” - Scott Hutchinson

While we eagerly await their debut album which looks to have all the makings of one of the strongest releases of 2018, you can catch them when they commence their Spring tour.

Pink Kink is a wave of anarchic party punk which cannot fail to get the party started. Centred around keyboardist Inés and Bridget on guitar, the pair have created a glittering disco ball of wild fun accompanied with delightfully garish onstage outfits to produce a sound which they describe as “psycho-tropical-bubble-what?”

With Inés hailing from the Basque Country and Bridget coming from Montreal, Pink Kink formed in 2014 whilst the pair were studying performing arts in Liverpool. Seizing on the spontaneous energy and driving urge to create, they threw themselves into their music and after numerous line up changes have now recruited Oslo drummer Amanda, Munich bassist Nina and Sunderland guitarist Sam to create a truly international polyglot membership.

Their first announcement to the world came last year with their catchy garage rock track ‘Munchie Magic’ which Bridget says is about “Lying around with your lover, stoned”, with Inés further expanding “When you’re hungry, thinking of what you would like to eat”.

“For us it's a very important feminist statement, a song that makes us feel empowered onstage and we hope that other women and victims of street harassment can share the same attitude about it: to take action against it while taking the piss out of the gross person that's harassing. We need to stop letting cat callers get away with their words and actions. We need to fight them back if we want this problem to stop happening, reclaim our streets, make them safe for ourselves and everyone else that’s vulnerable in the patriarchal system that exists within this society we live in.”