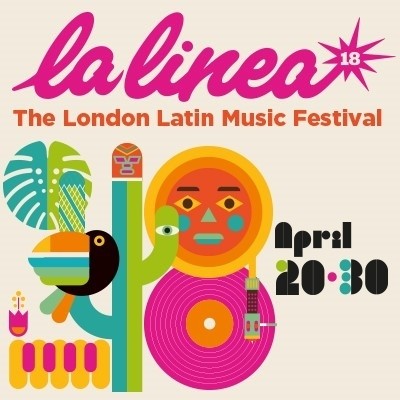 London is about host to a heady mix of live performances of Cuban music, Latin rumba, ska and punk from Spain plus Chilean classics spread across the capital cities many fantastic venues. La Linea is a spring fiesta celebrating the work of contemporary Latin superstars making themselves known across the globe.

Founded in 2001, the London Latin Music Festival continues to showcase the most exciting acts showing great promise for the twenty first century. So, take a look at the many exhilarating events you could be enjoying in April.

Gisela Joao pushes past the traditions of the forlorn fado singer in favour of passion and high energy. Her huge charisma fills the rooms whenever she plays which matches the personality shown on her best-selling eponymously titled debut album and latest LP ‘Nua’.

The otolaryngologist turned international superstar is best known for penning the theme song to the biopic The Motorcycle Diaries which tells the tale of communist revolutionary Che Guevara’s early years that earnt him two Latin Grammy Awards.