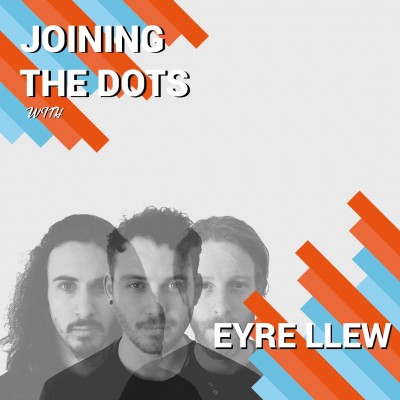 Post rockers EYRE LLEW have been making a lot of noise since they burst onto the scene only a year ago. Well produced and intricately orchestrated, their music is agonisingly beautiful and has excited critics all across the board.

Their ambient anthems have resonated well with audiences and their single Fero has already been streamed 45,000 times on Spotify.

“They have rendered me absolutely breathless. This is a beautiful band.” - Alex Baker, Kerrang!

"A leftfield extravaganza of the highest quality" - Drowned In Sound

Eyre Llew have been added to the line-up for Dot To Dot Festival. Taking place across three days in Manchester, Bristol and Nottingham city centres, the festival brings together the very best alternative acts including huge bands like Augustines, Mystery Jets and The Temper Trap with up and coming stars.

We asked EYRE LLEW a few questions about the approaching festival.

You’ve come a long way since your debut gig at The Maze in May of 2015, what’s been the catalyst for your success?

We have a great passion for what we do and so far people seem to enjoy the music we've been making. There's a lot of support for new music and a lot of talented, passionate people working behind the scenes.

How did you become involved in Dot To Dot?

Being from Nottingham, we've been going to Dot to Dot (Nottingham) for years prior to forming EYRE LLEW. It's just one of those festivals you have to go to, to see what music is out there and just generally a lot of fun (to play or attend). We performed last year opening the Rock City Basement and we got asked to come back again. This time we're on the Rescue Rooms main stage.

What is the most exciting aspect about playing Dot To Dot?

Well it's extra exciting for us this year as we're playing Manchester & Bristol (as well as Nottingham), which has meant we can go on tour.

Are there any other acts you would like to see over the weekend?