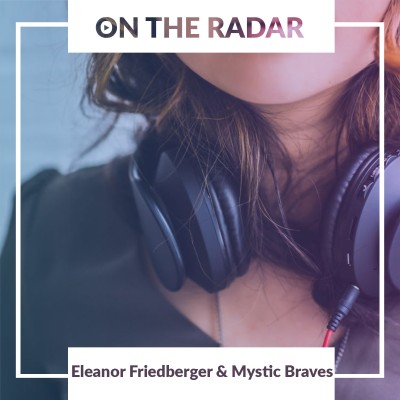 This year sees the release of Eleanor Friedberger’s latest solo album ‘Rebound’. Best known for being in the indie rock two-piece The Fiery Furnaces with her brother Matthew, songwriter Eleanor has continued to work as a solo artist after the band entered a hiatus in 2011 and has already released three critically acclaimed LPs under her own name.

Although Friedberger had a small number of tracks already penned, she didn’t have a fully realised sense of the record until attending an Athenian 80ths goth disco called Rebound. She quickly found herself adopting the ‘chicken dance’ which saw each attendee of the Greek club find their own spot to perform their own version of the slouched solitary routine.

“I copied the slouchy strut, swinging my arms in time to music that sounded like Joy Division but was probably a knock-off by an unknown Baltic band. It was alienating and exhilarating.”

Having adopted the dance, she also took the name of the club for her upcoming record’s title having now been inspired enough to find the direction of the sound. The first taste came with the single ‘Make Me A Song’ which certainly applies the poppier side of 80’s post punk to produce a bouncy feelgood anthem which was released last month.

She expands on the theme with the new single ‘Everything’ which maintains the bright feel but is tempered somewhat with the cold feel which comes with the implementation of synths to glimmer and shine as a highly polished number which begs to be played at your local indie disco. But whether or not the chicken dance would work while this song is playing is another question entirely.

Eleanor Friedberger will be showing off the new material on ‘Rebound’ when she heads to the UK to play a couple of gigs later in the year.

Fans of psyche need to know awesome garage revivalist Mystic Braves. Formed at the beginning of 2011 in the fertile creative landscape of Echo Park in Los Angeles, the four-piece includes drummer Cameron Gartung, guitarists Julian Ducatenzeiler and Shane Stotsenberg with Ignacio Gonzalez playing the organ and Tony Malacara on bass.

“We had no idea when we started that we’d come as far as we have. But from the moment we released our demos, people have really responded.” - Julian Ducatenzeiler

Working at a furious pace, the band have earned a reputation for unbridled and unrestrained song writing practices which translates into compelling studio recordings and electrifying live performances.

“We’ve always been a pop-structured psych band and we’re continuing along those lines. But we’re trying some new things out as well. We’ve elevated the songwriting.” - Julian Ducatenzeiler

And their experimental efforts and refusal to accept convention has resulted in a large and ever-expanding library of songs which implement a wide array of exotic instrumentation. This daring attitude has certainly paid off as it saw the band sign to essential indie label Lolipop Records for the release of their debut album ‘Days of Yesteryear’ on CD, LP and cassette towards the end of 2015.

Their prolific output has continued as they continue to explore deeper into uncharted sonic territory at an unprecedented rate and showing no second album fatigue with the release of ‘Desert Island’ only a few months later.

Do not miss your chance to see Mystic Braves when they make their way to our shores for just a handful of unmissable gigs this summer.