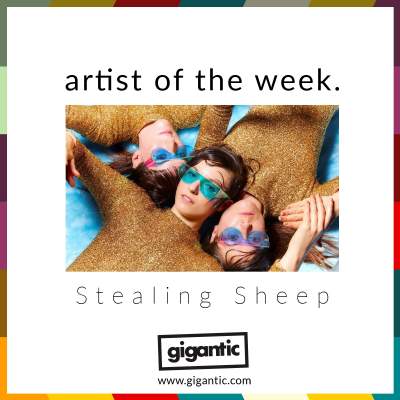 Formed in 2010, Stealing Sheep are the awesome indie pop three-piece from Liverpool you need to know.  Consisting of drummer Lucy Mercer, with keys being shared by Rebecca Hawley and Emily Lansley who also plays guitar. The trio quickly gained attention for their highly accomplished and imaginative singles and their first EP ‘Noah And The Paper Moon’.

Signed to iconic indie label Heavenly Records, they have released debut album ‘Into The Diamond Sun’ in 2012 which The Quietus described as “beautifully crafted suite of songs that showcases their dextrous three-part harmonies” while The Guardian was impressed by the clear dedication poured into the record, stating “it's the small details that stand out on this beguiling debut.”

While we eagerly await their next studio release which, no doubt, will be another impeccable example of excellent synth pop, we are excited to see that Stealing Sheep have just announced two dates for the new year that you need to attend!