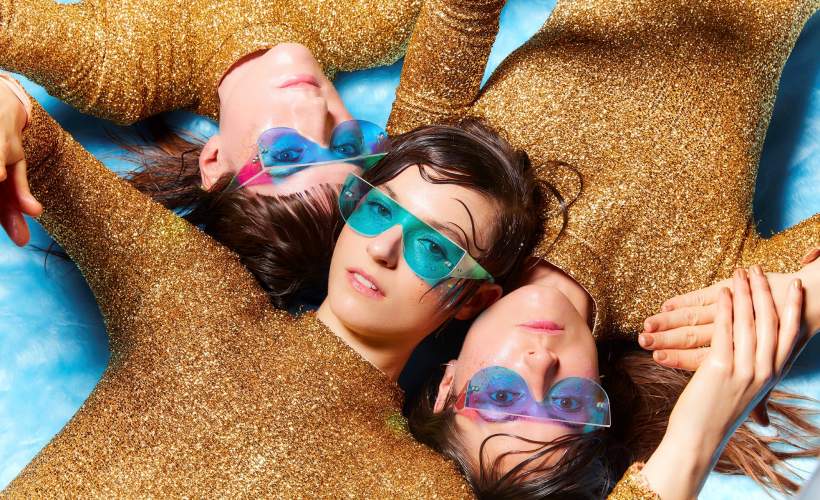 Psychedelic fans will be excited for the release of Stealing Sheep’s new album Big Wows which they promote with a major gig at The Bodega in Nottingham on Saturday 30th of November 2019.

Stealing Sheep are an experimental-pop band from Liverpool, formed in 2010. The all-female line up includes Rebecca Hawley (vocals and keys), Emily Lansley (vocals and guitar) and Lucy Mercer (vocals and drum kit).

Gigantic is very excited to be able to offer you Stealing Sheep tickets. But don’t hang about because these will sell - fast!

Their debut studio album;Into the Diamond Sunwas released in 2012 by Heavenly Recordings. The band’s second album, Not Real, was released in 2015 and was described by Pitchfork as “blending art-school inventiveness with AM radio nuggets”.

Their distinctive sound features analogue synths, sparkling arpeggios, Drum machines, full kit and funk bass. Brandishing their own surreal disco experience with euphoric dance pop beats, experimental soundscapes and intuitive harmonies. Where people listen London, GB 4,185 monthly listeners Bristol, GB 668 monthly listeners Birmingham, GB 653 monthly listeners Glasgow, GB 592 monthly listeners Manchester, GB 583 monthly listeners
While Gigantic is famed for having the very best selection for gigs and festivals, we have only been given limited amounts of Stealing Sheep concert tickets which means you will have to be quick off the mark and grab yours before his many fans sell out another show!

Offering you excellent customer service in helping you choose from an ever-growing choice of the most essential tickets, Gigantic is the very best place to come whenever you are booking for your big night out.

Get to know Stealing Sheep!

That's all we have for Stealing Sheep! Check out their upcoming shows