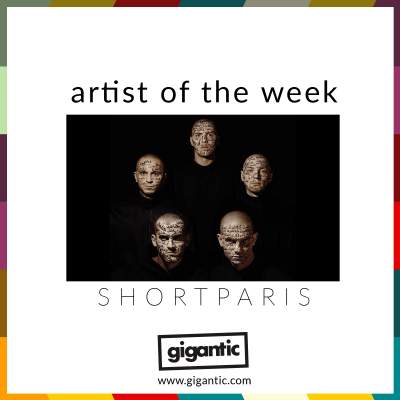 While the world may be obsessed with the ‘new’, it is very rare that the latest offering is in any way remarkable and often is quickly revealed as little more than a pale imitation of what came before it. On the very rare occasion that something truly original, it first strikes you as a challenge as you have no real reference points to first understand what it is or to judge if you like it or not.

SHORTPARIS are one such act. Combing theatrical synth-pop with orchestral darkwave, the Russian band are unprecedented in their approach and unsurpassed in their flawless execution. Taking the dark pleasures of rave and applying the caustic fury of industrial rock, the band summon the experimental energies of krautrock to sound like an ominous warning from a collapsed future.

"This is a true death disco – a post-industrial dark and thrilling ride on the dark side that you can dance to. A thrilling combination of electronics and post-punk deconstruction with operatic vocals" - Louder Than War

Formed in 2012 after friends Nikolay Komiagin and Aleksandr Galianov moved from their Siberian hometown of Novokuznetsk to the St. Petersburg metropolis, SHORTPARIS was intended to be a statement. A fusion of operatic song writing styles, the bite of post punk and the pulsing beat of techno. Their experimental scope would mark them amongst the vanguard of emerging Russian acts, inhabiting a sonic landscape all of their own making them absolutely peerless.

In 2013, SHORTPARIS released their debut album ‘Дочери’ which means ‘The Daughters’. It encapsulated their challenging attitude and the dense atmosphere of their live sound. Understanding the cinematic potential of their sound, the band found unique settings for their live performances – choosing to appear at abandoned factories and warehouses rather than the typical gig venues which suited their bleak aesthetic.

SHORTPARIS continued on their own path, gathering greater critical acclaim with their second LP ‘Пасха’ which translates as ‘Easter’ and was brought out four years later. By now, they were becoming regulars on the European festival circuit and rumours of this essential act started to spread to the West by those intrepid explorers who had witnessed their dynamic shows.

Now is your chance to discover SHORTPARIS. Heading to the UK to play just a handful of dates, get ready to experience a truly original sonic experience!