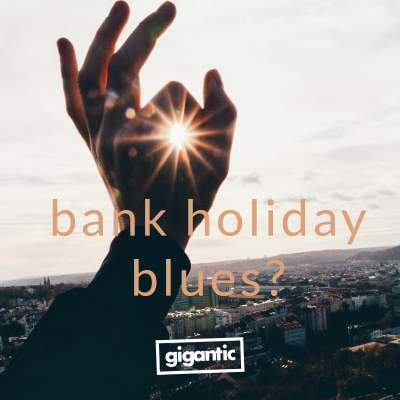 Wasn’t the Bank Holiday amazing?!! Four days of blazing hot sunshine with nothing to do but just chill and enjoy the good times. Don’t you wish you could do it all again? Well the good news its that the next bank holiday weekend is less than two weeks away!

As always, Gigantic is here with some handy hints on how to make the best of your special day off. Keep scrolling to find the perfect event for you and grab your ticket right now!

One of the first major music events of the year, Handmade hits the various excellent venues of Leicester on Sunday 5th of May. Bringing together a whole host of cutting-edge acts and big names, it’s the perfect festival for the discerning listener and a great indication of the sound of the year that lays ahead. Headliners include Metronomy and The Futureheads with Crows, Heavy Lungs, Life and many more appearing too.

The May Bank Holiday is the first of many delightful gastric events to come to Derbyshire as part of the Great British Food Festival. Get to Hardwick Hall from Saturday 4th till Monday 6th of May to sample tasty treats from a huge range of excellent street vendors plus artisan producers. With live music and inspiring workshops, you are guaranteed a great day out!

Found at the Old Market Square in the heart of Nottingham’s city centre, The Magnificent Spiegeltent is the perfect setting for two weeks of wonderous pop-up events celebrating traditional theatrical entertainment and curiosities. Audiences are invited to come and witness such varied splendours as the Lempen Puppet Theatre Company’s Cardboard Carnival, BAMALAMASINGSONG rock and roll karaoke and Cabaret Of Dreams which has Thomas Truax as their headline act.

An Evening With Nick Frost

An Evening With Nick Frost at the Bolero Suite at Motorpoint Arena Nottingham on Friday 3rd of May promises to be a unique opportunity to join in with a conversation with one of Britain’s best loved actor, comedian and screenwriter. Frost is best known for his partnership with long term partner and best friend Simon Pegg. Together, the pair have worked together on cult comedy TV series ‘Spaced’ plus created such huge hilarious films as ‘Shaun Of The Dead’, ‘Hot Fuzz’ and ‘The World’s End’.

An Evening With Nick Frost tickets are currently available. 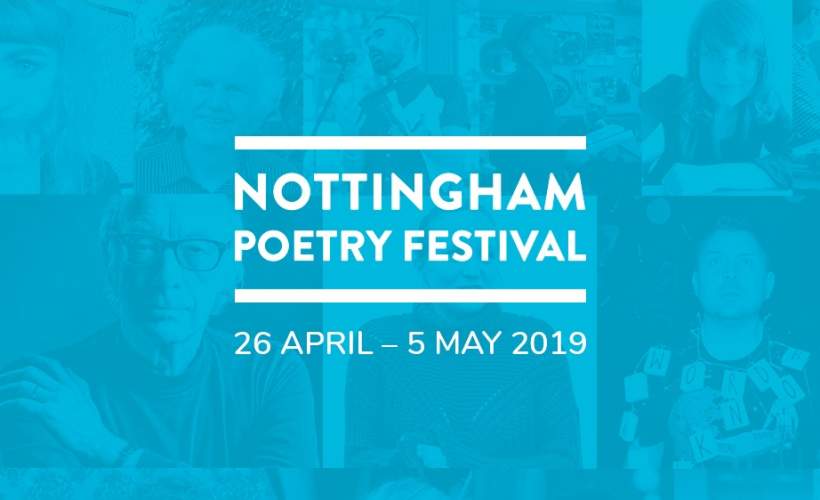 Returning for its fourth year, Nottingham Poetry Festival runs from Friday 26th till Sunday 5th of May at Metronome, City Arts and Waterstones Bookshop. A marvellous celebration of the potential and power of words, you can look forward to over 50 expertly curated events including some of the world’s best wordsmiths to enjoy plus a wonderful selection of local poets to discover.

Australian songwriter Stella Donnelly is amongst the most important musicians of 2019. Taking jazz and indie folk influences, her challenging songs lay bare the darker aspects of the female experience with a wry and relatable honesty. Donnelly proved to be an exciting new talent on her critically acclaimed EPs ‘Thrush Metal’ and ‘Mechanical Bull’ before releasing her debut album ‘Beware Of The Dogs’ earlier this year which has cemented her reputation as a true force to be reckoned with. See her takeover The Bodega in Nottingham on Sunday 5th of May.

Flying the flag for rap rock, Hollywood Undead bring the intensity of metal and the lyrical ingenuity of hip hop to become vital listening. The have recently celebrated amassing 1.1 billion streams in the US alone! This month sees them begin their extensive UK tour which includes a night at Rock City in Nottingham on Friday 3rd of May in support of their killer new singles ‘Gotta Let Go’ and ‘Another Level’, their first new material since the release of their awesome studio album ‘FIVE’.

Formed in 2012, Honeyblood is the lo-fi garage rock two-piece bursting out of Glasgow led by Stina Tweeddale. This year sees the release of the third album ‘In Plain Sight’ which promises to one of the best records of year judging the singles; Motown inflected ‘The Third Degree’ plus the dark and beguiling ‘She’s A Nightmare’. They kick off their promotional tour this month which includes a date at O2 Academy2 Leicester on Thursday 2nd of May.