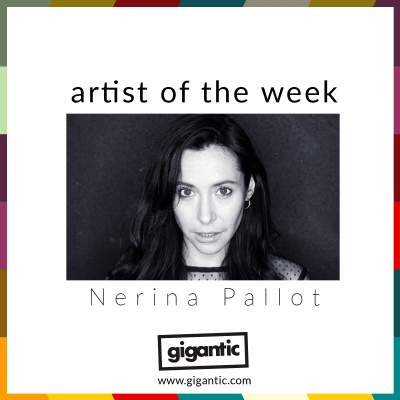 Alternative singer \ songwriter Nerina Pallot has created her own avenue of pop, which channels soul and indie rock.

Her career has seen her release five albums, over a dozen EPs thanks to a year of high-quality output plus earn nominations for such prestigious honours as the Ivor Novello Award and Best British Female Solo Artist at the BRIT Awards.

London born songwriter Nerina Pallot would teach herself to play a variety of instruments, including piano and guitar before attending boarding school where she would benefit from lessons on violin and opera. Inspired by Kate Bush, she developed her own enigmatic sound and style which caught the attention of major label Polydor who signed her and released debut album ‘Dear Frustrated Superstar’ in 2001. Unfortunately, the title proved to be prophetic as it didn’t chime with listeners or build a significant audience.

It would be second album ‘Fires’, released in 2005, that would be the real start of her success. Have played support for such prominent stars as Sheryl Crow and Suzanne Vega, Pallot upped her game and the inspiration of rubbing shoulders with such huge stars reflected in her song writing. A minor hit in a commercial sense, with single ‘Everybody’s Gone To War’ almost breaking the Top 20, but a huge triumph in terms of critical acclaim; the follow up record also included the single ‘Sophia’ which saw her nominated for the esteemed Ivor Novello Award. Following the release of ‘Fires’, Pallot was also nominated for British Female Solo Artist at the 2007 BRIT Awards.

Now firmly established as a songwriter of note, Pallot would sign to Warner Bros. offshoot 14th Floor Records and be teamed up with co-writers Linda Perry, who was the mastermind behind Christina Aguilera's ‘Beautiful’, and Rob Davies who created Kylie’s ‘Can't Get You Out Of My Head’. However, despite the abundance of talent the sessions would unfortunately not be fruitful and so Pallot instead would write the fifteen tracks that became next album ‘The Graduate’ all by herself. It showed a marked difference from her previous material by incorporating element of electronica.

"I finally realised that, on my own, I was more honest and less self-conscious, and wrote my best songs."

In 2011, Pallot would work with former Suede guitarist Bernard Butler to record ‘Year Of The Wolf’. The title would be inspired by her son Wolfie, with whom she was pregnant with during the sessions, and centre around anti-war themes as she hoped for a better future for the world and her child.

Pallot’s career would get a second wind and in 2014 she would release an EP every month of that year, marking the start of another creative high point. The following year, she would also bring out ‘The Sound And The Fury’ and 2017 saw the release of her latest LP ‘Stay Lucky’. Especially proud of the album, she celebrated the phenomenal record by capturing a special performance at the RAK Studios in central London on tape. It revealed the extra special magic that comes when seeing her play and was released as the live album ‘Stay Lucky (Live from RAK Studios 31/08/2017)’.

Next year, Nerina Pallot will once again head out on tour playing dates all around the UK in March giving you the chance to experience her extraordinary live performances for yourself. Tickets are available for these special shows with Gigantic right now!