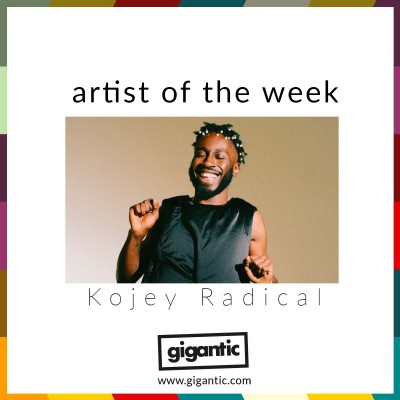 This week’s artist of the week is London born Kojey Radical. The vibrant rapper and visual artist has just announced their biggest UK shows to date which will include a night at the O2 Academy Brixton on 7th April 2022.

Over four previous EPs Kojey Radical has already made such an indelible mark on British music & culture and that is set to continue with the release of his debut album Reason To Smile on 4th March 2022. Defined by a sound he describes as "space and bass" and featuring the singles "War Outside (ft Lex Amor)" and "Gangsta", Reason To Smile is without doubt Kojey Radical's most complete work to date and an emphatic statement of the levels at which he operates.