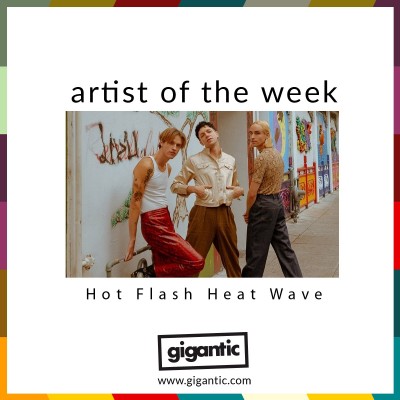 With a new full-length record on the way, the crucial announce a promotional tour with tickets released today with Gigantic. Book yours HERE!

“Now that we’ve finally finished the record, we’re shifting the focus to preparing these songs for the stage with a new lineup and bringing them to life. From its concept, this album was meant to exist as both a record and a live experience, so nailing the sound and performance is really important to us and we have some ideas to sort out.”

In 2015, they dropped their debut album Neapolitan. Featuring the hit single "Gutter Girl", the record has rocketed up to 500,000 streams and continues to rise and was followed by second album Soaked two years later.

More recently, they returned with their adventurous Mood Ring EP just last year which saw the boy adapt R&B on lead single “Go Ride” plus “Sky So Blue” which saw them embark on more psychedelic avenues.

“It’s the first record where we felt fully in charge of our sound and direction. We were writing more personal music, letting go of ideas about what we should sound like and exploring vulnerable, exciting places.”

This month has seen the release of brand new single “m o t I o n s”, a song which sees them explore an electro edge.

“m o t I o n s” will feature on their as yet untitled  album which is expected to be released next year. Hot Flash Heat Wave will be showcasing their new material when they kick off their tour in February – tickets newly released through Gigantic!