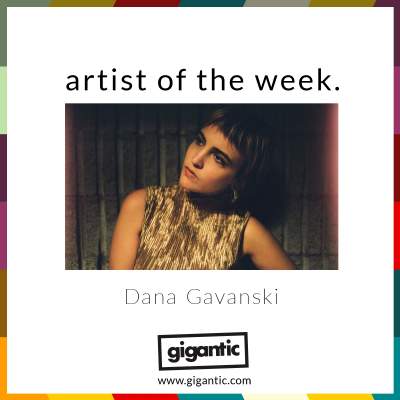 Blending psychedelic folk with her own idiosyncratic indie pop sound, Dana Gavanski truly arrived this year with the release of her debut album ‘Yesterday Is Gone’ which has seen her showered with critical acclaim.

“It’s often a challenge for me to believe in myself, to believe I have something I should deeply focus on, to the extent that other people find selfish and obsessive, it’s my search for how to suspend judgement or loosen it enough to let something pass through.”

Vancouver born Dana Gavanski moved to Montreal to study. She had previously made small attempts to play the guitar but was far from a master. Following the end of a relationship she was once again drawn to the six string, inspired to write ‘whatever was coming out of me. A flood.’ This early achievement would be her Spring Demos EP which she released in 2017 whilst working as a producer’s assistant on her father’s horror film The Laurentians.

During the Autumn of 2018, Gavanski took a three-month Serbia trip to explore her family’s heritage country. It was during this prolonged stay discovering both the urban cities and the wilderness that Gavanski would take singing lessons, learning to blend her passions for the sounds of pop and rock yesteryear with the traditional Serbian styles. She would also take the first steps towards writing something bigger, beginning to pen what would become her debut album ‘Yesterday Is Gone’.

“Often we have to go a little far in one direction to learn something about ourselves. The months of solitary writing and self-doubt testify to this, but they’ve led to Yesterday Is Gone: an optimistic, steely-eyed gaze into the future.”

In 2019, Gavanksi signed to Full Time Hobby, the indie label with a seal of guaranteed quality for all its acts. She then released the 7” singles ‘One By One’ and ‘Catch’ the same year ahead of the announcement of ‘Yesterday Is Gone’ which would drop towards the end of March of this year.

Her first full length record saw her working with Toronto based musician Sam Gleason to write and perform, plus Mike Lindsay from Tunng and LUMP who would share production duties with the pair. Gavanski would have the skeleton of a song already created and see it fleshed out by the others as the complete body of work took shape, as guided by the influence of the others.

“But you have that feeling, then you just pick up an instrument. At the base, you do know what you want. It’s about how to chip away at what you don’t want.”

The resulting beautiful record is awash with emotion yet with an all-pervading calm precision, passionate yet skilfully controlled. Themed around breaking up, it takes on delicate shades of 60’s pastoral folk and sophisti-pop which are layered with nuance and brittle beauty.

Dana Gavanski will be heading to the UK to play headline shows to promote ‘Yesterday Is Gone’ in the Autumn. Make sure you grab a ticket today and look forward to enjoying what will no doubt be a memorable performance from this rising star.