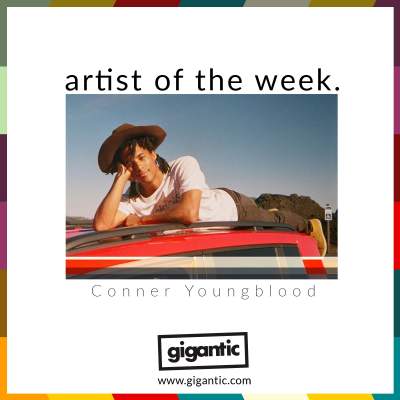 Widely cited by accredited tastemakesrs at the beginning of the year as one to watch; Nashville based multi-instrumentalist Conner Youngblood has made good on his promise on being one of the most exciting musicians with the release of his intimate and inspiring album debut ‘Cheyenne’. The heart-warming tracks reveal the passion of a songwriter enraptured with wanderlust as he makes the transition from early adulthood to becoming a man.

Youngblood has announced a frustratingly short UK tour which kicks off at the end of the month, with tickets selling fast!

Born in Dallas, the now 28-year-old spent his youth playing clarinet with the school band. He soon began picking up more instruments, becoming proficient enough on the banjo, drums and even the harp to begin writing his own songs.

Drawing on such disparate influences as Elliot Smith, Gorillaz and Surjan Surfers, Youngblood began to incorporate traditional song writing techniques with an electronic undercurrent to fuse a timeless feel with a fresh sound as he self-released his own material, posting online demos, tracks and even EPs whilst studying at Yale. He would combine the best of his early DIY work on the record ‘Sketches’ which was dropped in 2012.

The steady output of innovative high-quality music soon saw him gain attention and in 2016 he signed to Counter Records who are an imprint of Ninja Tune, known for their love of eclectic and genre-bending sounds, who put out ‘The Generation of Lift’ EP.

This newfound fame afforded the bedroom producer new mediums for his creative outlets, and in the same year he also teamed up with director Johannes Greve Muskat. Together, they created ‘The Badlands’ for web-based art, travel and culture magazine NOWNESS which documents Youngblood’s skating escapades across Dakota.

This year has seen the release of Conner Youngblood’s debut album ‘Cheyenne’. Building on the years spent forging his signature sound, ‘Cheyenne’ marries ambient electronica, hushed vocals and sweet folk melodies on contemplative tracks which look both outwards to the possible journeys he will embark upon and the resulting inner changes which come about from the experience of travel, aging and growth to create a record which is both bursting with an almost nervous anticipation and conversely somewhat cold in feel, exuding a zen-like accepting calm.

Stand out tracks include the hypnotic swell of ‘Pizza Body’, mournful yet confiding song ‘Los Angeles’ and ‘The Birds Of Finland’ which emerges from a gently brittle start to glow with a radiating confidence. Make sure you catch Youngblood when he performs these songs and more later this year.