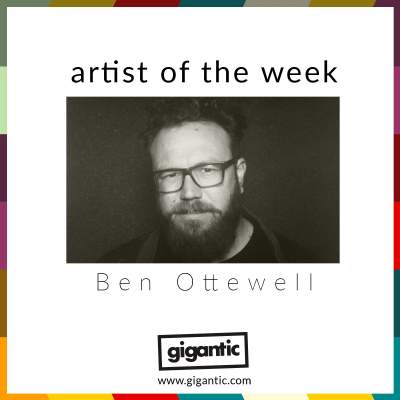 When he isn’t working as a guitarist and singer of seminal indie band and Mercury Music Prize winners Gomez, Ben Ottewell is working on his own solo career. His raw, raspy vocals plus idiosyncratic guitar style gave Gomez their distinct sound which he has then developed in his own independent record releases. A must for fans of blues rock, indie folk and Americana, Ben Ottewell never fails to light a fire in the heart of his listeners whenever he plays.

Ben Ottewell first formed Gomez in 1997 with fellow Southport based friends Ian Ball (vocals, guitar), Paul "Blackie" Blackburn (bass), Tom Gray (vocals, guitars, keyboards), Ben and Olly Peacock (drums, synths, computers). Capturing the darker and moody feel of indie as it moved away from the brighter optimism of Britpop, their anthem laden debut album ‘Bring It On’ captured the mood of the UK as pre-millennial tension began to grip the UK. With songs like ‘Whippin’ Piccadilly’ and ‘Get Myself Arrested’, they managed to strike that rarely achieved balance of commercial success and critical praise, becoming widely received as one of the best albums released in 1998 plus taking home the illustrious Mercury Music Prize. It would set a president for further releases as both their first and second albums ‘Liquid Skin’ would achieve Platinum certification by remaining true to their own unique sound. As the band has matured, they have kept a core fanbase which remains loyal filling up venues whenever they play and continuing to buy their new material.

Having already achieved much with the band, Ottewell made his first solo foray with the release of the album ‘Shapes And Shadows’ in 2011. Taking a more stripped-down approach to the big sound of Gomez, his first solo album was largely acoustic and had a melancholic nature which strayed away from his previous work but was loved by his fans nevertheless.

Whereas his initial solo record was almost a project to see if he could work on his own terms, Ottewell was far more ready second time around and the next LP saw him writing for up to 12 months before hitting the studio in Los Angeles for five days with producer Will Golden. It resulted in the brilliant album ‘Rattlebag’ which was more akin to his work with Gomez and dropped in 2014.

Ottewell’s latest LP is titled ‘A Man Apart’ and was released in 2017. His third offering as a solo act is certainly his most accomplished yet as it delves deeply into his personality to reveal his inner thoughts upon love and politics, his relationship with fame and understanding his place in the world.

‘A Man Apart’ saw Ottewell return to L.A. for the recording with producer Martin Smith and superb single ‘Watcher’.

"A Man Apart is a transatlantic affair written and recorded both here and in the states. It continues to explore my deep love of Americana through a British filter with themes of love, escape, responsibility and loss, written against the unfortunate backdrop of the populist political upheavals and demagogues that have come to dominate here and in the states.”

Make sure you catch Ben Ottewell on his Autumn \ Winter 2019 tour – tickets on sale with Gigantic right now for his headline dates all around the UK.