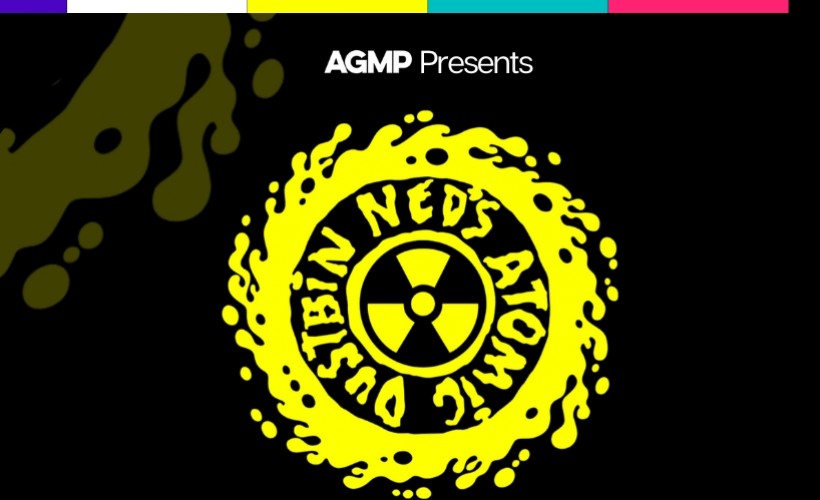 Ned's Atomic Dustbin are an English rock band formed in Stourbridge in West Midlands in November 1987. The band took their name from an episode of The Goon Show.

Along with fellow Black Country bands Pop Will Eat Itself and The Wonder Stuff, Ned’s Atomic Dustbin were part of the ‘Stourbridge’ scene that emerged in the late 80’s.
The band’s twin bass guitar line-up gave them a distinctive sound that quickly enabled them to build up a live reputation across the globe, earning top spots at festivals such as Glastonbury and Reading.
Joining Ned's on these 3 dates are Birmingham big beat legends, Bentley Rhythm Ace who currently play as a 3 piece of Richard March, Fuzz Townshend (PWEI) and James Atkin (EMF).

The group epitomises the big beat era. Signed to Skint Records, they enjoyed commercial success with their music being used on television advertisements and having an underground following.

90's indie tunes and more will be provided by James Atkin, who is responsible for one of the biggest hits of all-time - Unbelievable with his band EMF.

Get tickets for Ned's Atomic Dustbin with Gigantic!

Pop Will Eat Itself

That's all we have for Ned's Atomic Dustbin! Check out their upcoming shows