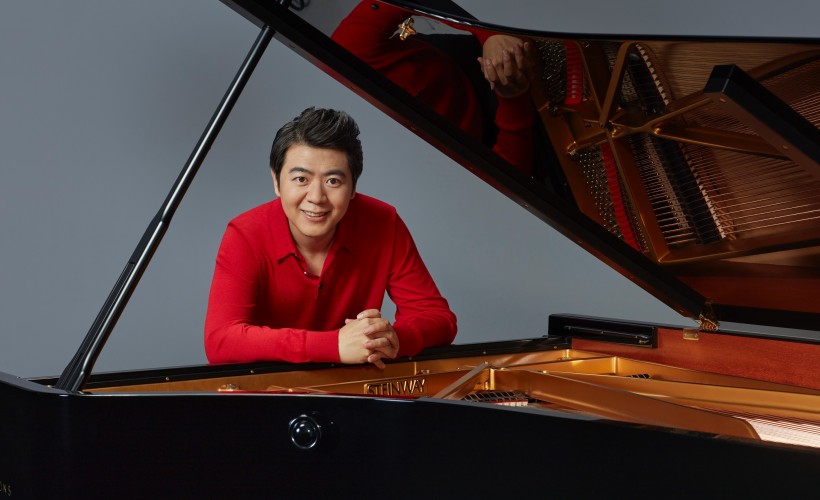 This October, global superstar pianist Lang Lang returns to the Royal Albert Hall, for an unforgettable evening of music that celebrates 100 Years of Disney.

Described by the New York Times as “the hottest artist on the classical music planet”, Lang Lang is one of the most exciting musicians of his generation. At this celebratory event, he’ll be joined by the Royal Philharmonic Concert Orchestra to perform favourite melodies that span the Disney centenary - from Snow White and The Jungle Book, to Beauty and the Beast and Encanto.

This enchanting musical journey offers the perfect half-term treat for young and old alike, with the magic of Disney brought to life by one of the world’s greatest pianists - alongside the sumptuous sound of a full symphony orchestra.
With more guest artists still to be announced, this promises to be one of the highlights of the Hall’s autumn calendar.

Internationally renowned pianist Lang Lang has sold millions of albums around the world, topping classical charts and achieving simultaneous mainstream success. Named one of the 100 most influential people in the world by TIME magazine, during the past decade he has performed for such dignitaries as President Barack Obama, Pope Francis and Queen Elizabeth II, as well as giving sold-out concerts with all the world’s top orchestras and conductors. Lang Lang has also reached vast televised audiences by performing at the opening ceremony of the 2008 Beijing Olympics, the final of the 2014 FIFA World Cup and with artists such as Metallica, Pharrell Williams and Herbie Hancock at various editions of the Grammy Awards. In April 2020 he took part in the One World: Together At Home concert, which was broadcast on major television networks and streamed online on multiple global platforms. In June 2022, Lang Lang was announced as an honoree in the Hollywood Walk of Fame Class of 2023. Lang Lang will be recognised alongside stars including Paul Walker, Uma Thurman, Lenny Kravtiz, Mindy Kaling, Jonas Brothers, Melba Moore, Pentatonix and more.

The scale of Lang Lang’s musical achievements is mirrored by his tireless commitment to charitable causes, most notably through the Lang Lang International Music Foundation and Keys of Inspiration®. Both a UNICEF Goodwill Ambassador and a UN Messenger of Peace, he has inspired over 40 million children to learn the piano and has developed hugely successful educational programmes. Lang Lang’s most recent albums, 2019’s Piano Book and 2020’s Goldberg Variations, were both international bestsellers. One of the most influential classical musicians in the world, Lang Lang has more than 20 million social media followers. Everything the pianist does is underpinned by his belief that "music makes life better" it heals, unites and inspires, and it makes us better people”.

Want to see Lang Lang? Grab your tickets with Gigantic!

That's all we have for Lang Lang! Check out their upcoming shows