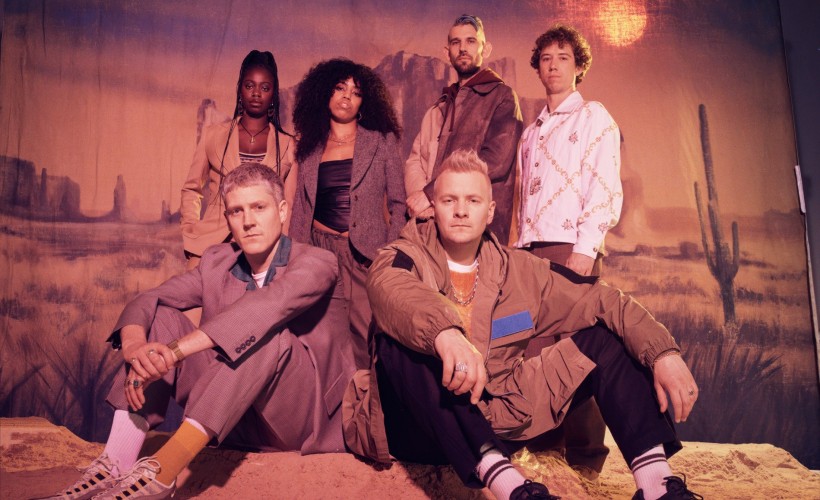 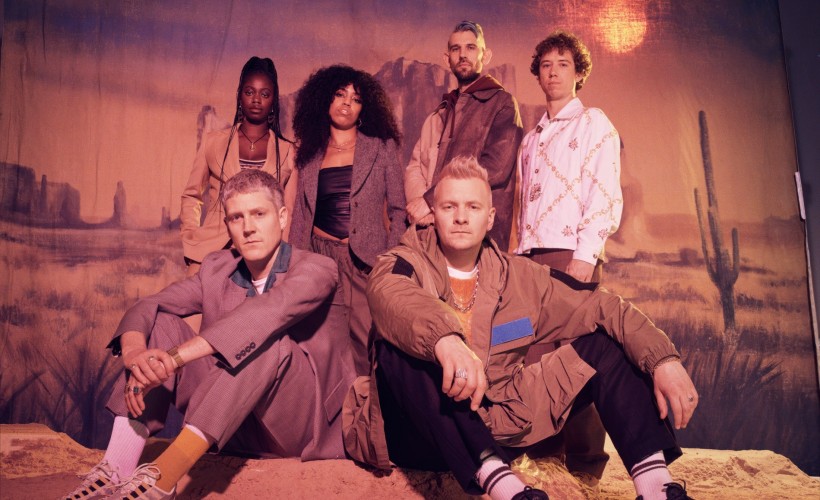 You can catch Franc Moody at O2 Academy Brixton, London on Friday 24th of March 2023.

Franc Moody tickets are on sale now with Gigantic.

With a soul, funk and cosmic disco sound which has won them legions of fans across several EP projects and their 2020 debut album ‘Dream in Colour’, London act Franc Moody came together in the early 2010s when Ned Franc and Jon Moody were sharing a living space in North London’s warehouse scene, hosting parties to fund their lifestyles, and the pair who were already in several bands separately, decided to team up and Franc Moody was born.

With a sound that combines elements of funk, soul and disco with modern electronica, by the end of 2017, Franc Moody had swollen to become a six-piece live band, including singer and multi-instrumentalist Amber-Simone and began building a reputation as one of the most exciting new live acts in the country.

Steadily building a dedicated word of mouth following on both sides of The Atlantic, when Covid-19 scuppered their huge touring plans in 2020, Jon and Ned decided to go straight back to working on music with the ‘House of FM’ EP emerging in 2021 and recently having released singles ‘Mass Appeal’ and ‘I'm in a Funk’.

Now they gear up to release their most ambitious and fully-realised project yet and want to take you ‘Into The Ether’.

Fans of Franc Moody can grab tickets from Gigantic!

What a show. Franc Moody delivered again. High octane and full of energy. I challange anyone to go to a Franc Moody show and not dance (even if it isnt great) I only wish they would have performed for longer. Hoping to see them on the festival circuit later this year.

That's all we have for Franc Moody! Check out their upcoming shows