Badly Drawn Boy now announces a huge gig at The Warehouse in Leeds on Thursday 23rd of January 2020.

Belying his status as a narcoleptic slacker icon, Badly Drawn Boy proved himself a tireless pop songwriter, with arrangements that reflect a great deal of creativity. Born Damon Gough, he began recording after meeting the like-minded Andy Votel at a Manchester nightclub. The pair formed the Twisted Nerve label, and Gough debuted as Badly Drawn Boy with an EP and several singles. The recordings dovetailed nicely with the experimentalist pop fringe of artists like Scott 4 and the Beta Band, and the attendant media hype allowed him to guest alongside Thom Yorke, Richard Ashcroft, and Mike D on 1997's celebrity-filled UNKLE LP Psyence Fiction.

Gough's 1999 single "Once Around the Block" grazed the British charts, while XL Recordings signed the pop auteur and released his debut album, The Hour of Bewilderbeast, in 2000. Just before its American release, the album earned another round of critical praise with Britain's vaunted Mercury Prize for Best Album. December 2000 brought the birth of his daughter. Author Nick Hornby was won over by his music and asked the singer to score the film being made of his book About a Boy. After that project, he moved away from music for a few months to work on new material.

After recording during most of 2002, Gough emerged that fall with Have You Fed the Fish? Two years later, he resurfaced with the simpler One Plus One Is One. Born in the U.K., a poppier collection of songs inspired by his childhood and (as the title suggests) Bruce Springsteen's Born in the U.S.A., arrived in fall 2006. The lukewarm reception that album earned caused Gough to take a break from making music, a hiatus he broke when he was asked to write songs for the film The Fattest Man in Britain. Those songs were released as Is There Nothing We Could Do? in 2009, followed in 2010 by Gough's seventh studio album, It's What I'm Thinking, Pt. 1: Photographing Snowflakes, which recalled the heights of The Hour of the Bewilderbeast. The soundtrack for 2012's Being Flynn, an adaptation of author Nick Flynn's memoirs Another Bullshit Night in Suck City, found Gough reuniting with About a Boy director Paul Weitz.

We only have limited amounts of Badly Drawn Boy concert tickets to put on sale so you must act fast and book yours early as they will go. Offering great customer service on a huge range of essential gig tickets, Gigantic is the very best place to come whenever you are booking for your big night out. 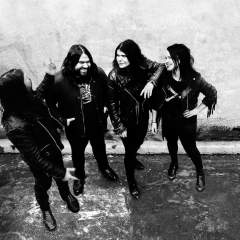 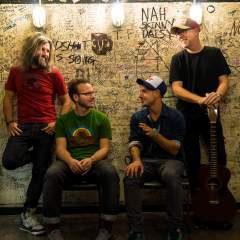 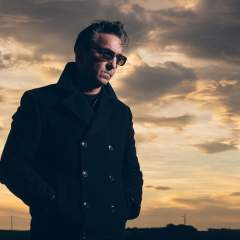 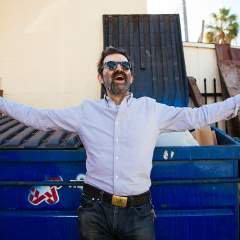 That's all we have for Badly Drawn Boy! Check out their upcoming shows