In the context of seeing Yes in their heyday in the 70s:The vocalist in this lineup disappointed me - I felt trying to imitate Jon Anderson but came across to me as a bit wailing, plus, it was amplified too high against the instrumentation. I thought the vocalist who played at the Royal Albert Hall in May 2014 was better. I though the bass sounded a little distorted in places, and although the bassist was a great player, I felt that the band were very less Yes without Chris Squire. Having said that, Starship Trouper to finish off was probably the best version I'd heard - a great extended guitar finish from Steve Howe. Roundabout, And You And I, and sides 1 & 4 from Tales were all pretty damed good.

Superb performance, particularly enjoyed “Yours is no disgrace” and Starship trooper”, 2 of my favourite songs. Steve Howe amazing as ever, what a guitarist. The lighting and sound were excellent. Brighton Centre is a good venue with plenty of space to move around. Bit taken aback by price of “programme” at £25 but it is actually more of a book than a programme and actually not bad price for what it is, a very substantial book.

Yes, with this new line-up, were almost as good as the accepted "Classic" line-up of ASHWW. The choice of set list was excellent.

Took my wife who was attending reluctantly and listening to a CD en route to the Sage failed to enthuse her-however 2 and3/4 hrs later she was totally won over.A really marvellous live concert.Excellent musicianship.We both thoroughly enjoyed it. 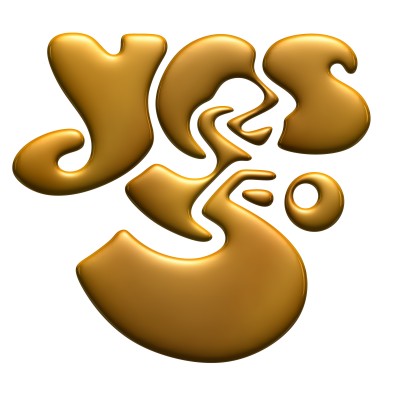 See them play in March of 2018 at Colston Hall in Bristol, Sheffield City Hall, SEC Armadillo at Glasgow, The Bridgewater Hall at Manchester and Sage Gateshead.

The many fans will be keen to get their hands on YES tickets so please ensure you act fast and get yours before they are all gone. Place your gig tickets order with Gigantic 24/7 using a tablet, computer or smartphone on the go or while at home.

We also highly recommend that you set a personal reminder with Gigantic so you can be alerted with a text message or an email when they become available at 10:00 on Friday 8th of September.

YES tragically lost founding member, bassist Chris Squire in 2015. Chris had a career spanning over four decades and has influenced as well as played with some of the most notable musicians in rock and pop history. “It’s hard to imagine the future without Chris! He will always be in our thoughts and mind. Chris was a one-off, larger than life human being, who brought a serious amount to everything he was part of,” said YES guitarist, Steve Howe

“It’s been harder than I can say to put thoughts to words - to express the sense of loss I feel upon the passing of my cherished friend and band mate, Chris Squire. I am without one of the most important, most loved people in my life. Chris was always a gentle but strong leader; a steadfast rock of my existence,” added YES drummer, Alan White. YES MOVING FORWARD & STRONGER THAN EVER

There is no better way to honour the memory of Chris than moving forward and continuing the legacy of the band he co-founded back in 1968. YES recently finished a successful tour in North America with rock legends TOTO, and Billy Sherwood doing an amazing job taking over for Chris. YES are now planning a massive 25 date tour across the UK and Europe. YES, for the first time in their history, will perform 1971’s ‘Fragile’ and 1980’s ‘Drama’.

“This is the first time we’ll be performing ‘Drama’ in its entirety. And most of the songs haven’t been performed in some 30 years,” stated Steve Howe.

YES are among of the longest lasting and the most successful of the ’70s progressive rock groups, proving to be one of the lasting success stories from that musical genre. The band, founded in 1968, overcame a generational shift in its audience and the departure of its most visible members at key points in its history to reach the end of the century as the definitive progressive rock band. YES retained the same sound, and performed much of the same repertoire they were doing in 1971, and for their trouble, found themselves being taken seriously a quarter of a century later. Their audience remained huge because they had always attracted younger listeners drawn to their mix of daunting virtuosity, cosmic (often mystical) lyrics, complex musical textures, and powerful yet delicate lead vocals.

With only limited supplies of YES concert tickets being made available, you will need to book yours before they all are snatched up. Offering you fantastic customer service on a huge range of essential gig tickets, Gigantic should be your first choice whenever you are looking to book your big night out.

Gigantic has your tickets for Yes