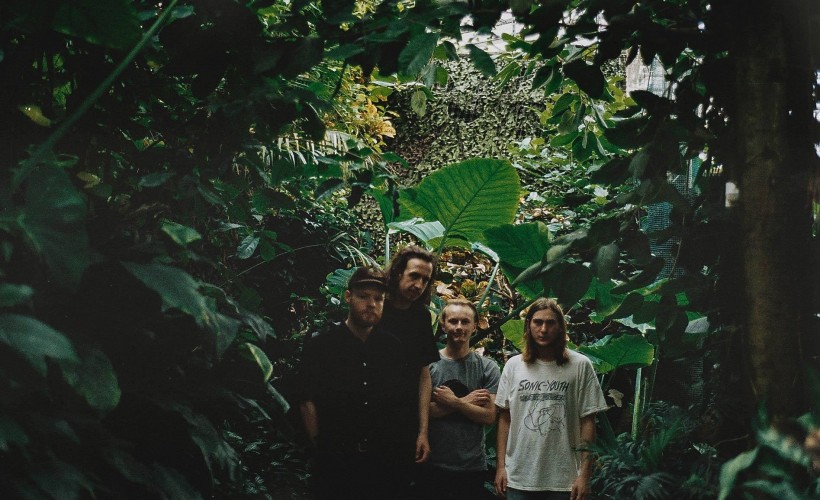 Weirds are curtained making waves with their huge primal sounding heavy sound skewed by dives into psych oddness. Influenced by stoner rock and grunge, they are fast making a name for themselves with their big wall of sound and great hooks. Their members include Aidan Razzall, Matthew Vaughn, Zachary Thomas and David Nash.

They have just announced another exciting upcoming headline show. Catch them when they play at The Underground at Stoke on Sunday 1st of April 2018.

We are excited to be able to offer you Weirds tickets. Expected to sell incredibly quickly, you will need to book yours before they all go.

Born out of the close knit DIY community of Leeds, the members had been playing together in various bands since their mid teens before moving into a shared house in the West Yorkshire metropolitan city to take advantage of the excellent local music scene.

Their announcement to the world came with the debut single Crocodiles released through Denzin Recordings. Produced by fellow Yorkshire band Hookworms, the song has a creepy charm to its catchy riffs and certainly had plenty of bite. It was soon followed by the ferocious double a-side single Off The Hook / Heavy Rain which rapidly sold out every copy. Their latest release is the Weird Sun EP which features a song of the same name.

“We just wanted to write a long, strange tune. We didn't intentionally move through different styles in the song, it just kind of happened. We wrote the big crescendo section very quickly and it felt right, and that became fully realised in the studio when we could listen to it in perspective and experiment a little more.” - The Skinny

Make sure you book your Weirds concert tickets early, before they are all snatched up. Gigantic has been providing our customers with excellent customer service on a huge range of essential gig tickets for ten years, so you know we are the best place to book your big night out.

That's all we have for Weirds! Check out their upcoming shows