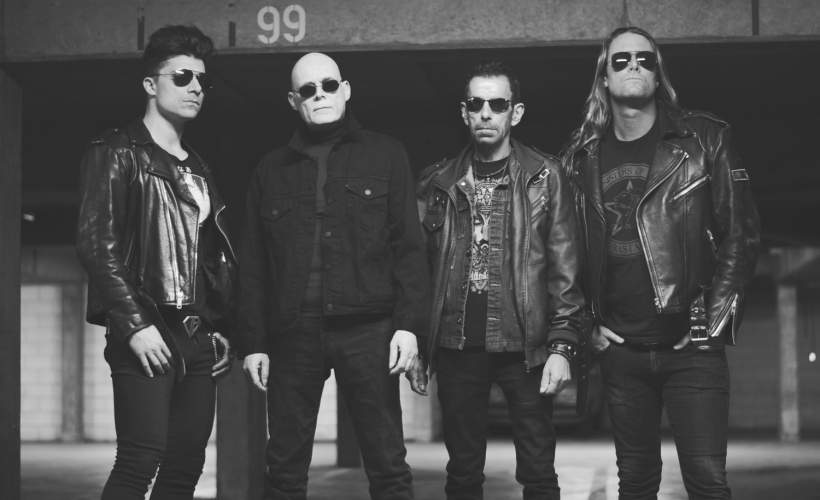 The Sisters of Mercy Tickets

The Sisters of Mercy Tickets

Great mix of songs from all 3 albums, singles plus some unrecorded new songs. Great venue, good atmosphere and band back on form in no small part due to their new guitarist. Only downside for me were the vocals being a little low on one or two tracks and a few of my favourites not performed but hey ! can't do everything can they. Another encore wouldn't have gone amiss but restricted by venue curfew.

Great set of some old and new songs with a new modern theme. One of the best Sisters gig I have been too. Please bring out a new Album....Trump is President!

It was great to see the Sisters again after many years, and in a local venue too! Very enjoyable evening.

Went as a plus one and was so glad I did, best gig I’ve been to in the last 12 months

It was the first time I'd seen Sisters Of Mercy live and Albert Hall in Manchester was certainly the place to see them venue was on point for sound and atmosphere, they started at 8.17pm but after building up to older classics when I was just getting into it it finished at 9.35pm, surely they could of played a few more songs it was the shortest headline gig I'd been to excluding festivals of course and bands with only one album, so yes it was fantastic but some people need whole lot More... 😉

The Sisters Of Mercy are ready to rock - see them play next year at Manchester Albert Hall, O2 Academy Bristol, O2 Academy Leeds and Rock City in Nottingham during March 2020.

Make sure you set a personal reminder with Gigantic so we can alert you just prior to the release of The Sisters Of Mercy gig tickets at 10:00 on Friday 15th of November with a text message or an email.

It howls, it's grindingly beautiful, and it's heading your way. The Sisters fun machine drives on through 2015, with a little new chrome and a lot of vintage attitude. It still comes from northern England, and it still sounds like supercharged industrial psychedelia.

We will be playing one or two festivals in the summer, and a bijou concert tour in October. We have some old songs, some new songs, a few blinding lights and many smoke machines. People seem to like the colours. Or the energy. Or something.

Metal Hammer says “The Sisters Of Mercy are ... a lean glittering groove machine for the new millennium.”

The Sisters Of Mercy are: Chris Catalyst - guitars, Ben Christo - guitars, Andrew Eldritch - vocals, Nurse - nurse to the Doktor, Doktor Avalanche - drums and bass, Chris Catalyst eats daleks, so he plays guitar. Ben Christo loves you, so he plays guitar. Andrew Eldritch would like to believe in redemption, so he sings very quietly. Nurse is the Right Hand Of God, and Doktor Avalanche is God.

We are very pleased to be able to offer you The Sisters Of Mercy tickets, but as the words gets around the demand also rises so make sure you book yours before they are all snatched up. Place an order for gig tickets is made easy with Gigantic because you can access our site 24/7 using your computer, tablet or your smartphone.

Whilst the band enjoys a considerable fan base with overlapping interests in so-called dark culture, The Sisters of Mercy consider themselves first and foremost a rock band. They have actively discouraged their association with "goth" via regular public statements in the press, not to mention stipulations in their standard contract riders. Nevertheless, this has not stopped them from regularly appearing at festivals where this music is featured, such as M'era Luna. In addition, The Sisters of Mercy were highly influential to the second wave of Gothic rock bands.

“Massed crowds, primarily dressed in black, eagerly gather at the Roundhouse for goth-rock pioneers The Sisters of Mercy and the audience’s expectation is testament to the band’s reputation, anthemic back catalogue and the rarity of their live shows.” - Morning Star

“Dry ice floods across the stage, the synths kick in announcing the onset of More, phones cameras are up in the air (good luck to those in this light), and the spectral dark forms of the band appear, Andrew Eldritch’s cold, menacing vocal snaking around vitriolic lyrics before kicking into the pure rock” - Louder Than War

The event organisers have only given us limited supplies of The Sisters Of Mercy concert tickets, so with only so many on offer you will need to act fast and book early to avoid being left disappointed. This year has seen Gigantic take home the prize for Nottingham Post’s ‘Retail Business of the Year’ because of our vast array of essential gig tickets plus our excellent customer service, so you know we are the right place to come whenever you are booking for your big night out.

Related to The Sisters of Mercy

Get Your Tickets For The Sisters of Mercy