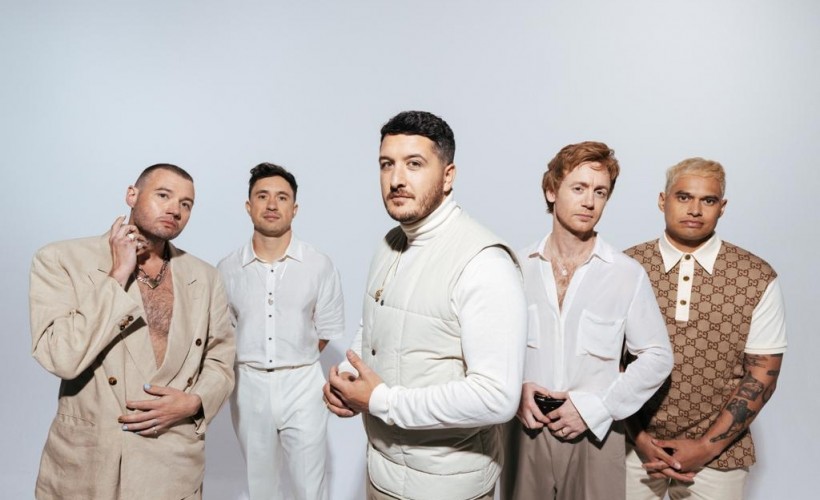 SIX60 -the band who have been making headlines across the globe for their joyous, sold-out shows in front of thousands of fans this year -are coming to the UK and Europe later this year as part of their 2021 tour.

The eleven-date tour will take place throughout November and December this year, beginning in Paris and concluding in Dublin and includes the band’s biggest show outside of their native New Zealand, at iconic London venue Brixton O2 Academy.

SIX60 are a multi award-winning, platinum-selling five piecepop/rock band from Dunedin, New Zealand. They formed in 2008, naming the band after the address of the flat they lived in: number 660. They have released four number one albums, and a string of top ten singles including their most recent single ‘All She Wrote’, which also shot to the top of the charts upon release.

The band are about to accomplish a world first -performing to 50,000 people at New Zealand’s national stadium Eden Park. The gig will see the band play to a sold-out, non-socially-distanced crowd enjoying SIX60’s peerless live set, with one-off highlights sure to cement the night’s reputation as a momentous point in the global live music calendar.

Continuing their knack for world firsts, this sold out live performance at Eden Park Stadium heralds a new future model for the live music industry, with its triple hybrid format: it is possible to be a live audience member at the show, view it online via a global live stream, or watch it later on demand -all thanks to a trailblazing partnership with leading streaming platform Veeps.

SIX60 have also charted new territory by being the first band to have their concert live streamed via TikTok.

SIX60’s live shows this year have garnered the attention of media across the world. ITV’s Pier Morgan dubbed them “the hottest band in the world right now” during his interview with lead singer Matiu Walters and BBC News highlighting that the shows are “just unimaginable right now -the rock band SIX60 are out every weekend playing to thousands of fans”, while NME featured Matiu in an interview, noting that they are “currently the planet’s biggest touring band”.

Get ready for the summer with Gigantic

That's all we have for SIX60! Check out their upcoming shows