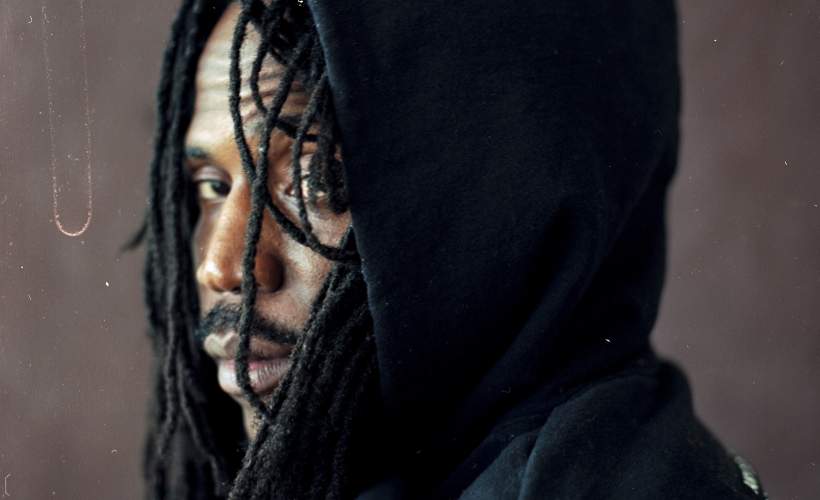 There's nothing that quite feels like summer, and that's exactly the vibe that SiR captures on his new album. Chasing Summer is the third project to date from the R&B impresario born Sir Darryl Farris, and marks his first release under the partnership between Top Dawg Entertainment (TDE) and RCA Records. This album follows his 2018 debut LP November â€" which also served as his coming-out party on the roster of TDE, a stacked lineup that counts fellow musical luminaries like Kendrick Lamar and SZA in its midst â€" SiR is wasting no time in expanding his lovingly languid and sensual sound. Even in the constantly-innovating genre of R&B, SiR has stood head and shoulders above his peers, and Chasing Summer showcases the artistry that elevated him to the position he currently holds.

After the release of November, SiR hit the road hard on a back-to-back-to-back tour schedule that saw him reaching audiences far and wide more than ever before. "We didn't have any time to do anything but perform, shake hands, and kiss babies," he marvels. "We had a lot of fun, and I learned a lot about myself and people in general." And the thematic inspiration for Chasing Summer came from those experiences on the road â€" SiR's interactions with others around the world, as well as what he learned about himself in the aftermath. "It's about the duplicity that's my life," he explains. â€śI walk through some of the situations I've encountered and talk about some of the things that have happened to me."

Travel is the name of the game here, from the bag tags featured on Chasing Summer's front cover to the passport-styled imagery on the back â€" not to mention the album's marking of the latest stop in an artistic journey that SiR's continuing to take. "It's an evolution," he states regarding the album's sound and style. "I have my own sound that's been locked in for the last five years, but I take a lot of risks from what I'm saying and how I transition from song to song. There's a lot of growth."

There's a yearning at the center of Chasing Summer as well â€" the type of internal conflict that all ages relate to, as the seasons change and hearts become more carefree: "I thought I was gonna find freedom on the roadâ€"the freedom to do what I wanted. It's the lifestyle of summerâ€"kids think of being out of school, and adults think of taking vacation and doing what they want. It's the lifestyle they dream ofâ€"where they can enjoy life and not have to worry so much about the everyday grind. On the road, I felt like I was chasing summer for sure."

Work on Chasing Summer took place over the last four years in SiR's personal studio ("I'm hands-on with everything"), with some songs dating well before the auspicious debut that was November. "We re-cut and re-mixed songs to make everything sound cohesive sonically," he explains on the effort to keep things fresh. Along with SiR's deft studio hand, production was contributed from TDE heavy-hitters like Kal Banx, Taebeast and Sounwave, along with notable producers such as Boi-1da, Michael Uzowruru and LordQuest; on the features end, a wide range of music's finest adds some spice to the broth, from Kendrick Lamar and Lil Wayne to Jill Scott, recent TDE signing Zacari, Sabrina Claudio, Smino and Kadhja Bonet.

Lamar features on the opening track and first single "Hair Down," a butter-smooth cut featuring SiR's distinctive vocals that was written on the road with the TDE crew. "I was having a tough time adjusting to what was going on," he explains regarding his mindset behind writing the song. I write as my therapy, and I needed to write a record to instill confidence in myself. I wanted to write a record that I knew the fans could enjoy that also had a message behind it, which is to be comfortable about being yourself."

Over the muted squall and knocking drums of "You Can't Save Me," SiR details the type of complicated encounter that inspired much of Chasing Summer: "I wanted the cake, but I definitely couldn't eat it," he laughs while explaining the lyrical inspiration. "It's about a young man who wants what he can't have. There's a mutual respect there, but also a hint of disappointment and regret about how things turn out. It paints a beautiful picture on both sides."

Then there's the aqueous "Still Blue," which features Scott in an artistic reunion years after SiR co-wrote for the R&B icon earlier in his career. "At first, it was just gonna be an interlude, but everyone loved it so much that we were trying to figure out what to do to extend it," he explains. I decided to send her music and let her know I wanted to be part of the project, and she accepted. Her work ethic is crazy. It was an honor to have her pull up and bless this project."

Amidst the helping hands, however, Chasing Summer is pure, unadulterated SiR â€" a true reflection of where he is in the here and now, as well as an impressive expression of musical and personal reflection. "A lot of times, artists will say one thing and mean a whole other thing," he ruminates. "On this album, I was just telling my truth. I try to leave things up to interpretation at times, but now I want my fans to know I'm not holding back when it comes to who I am." And Chasing Summer proves that continuing to dive into SiR's unique mindset is its own reward.