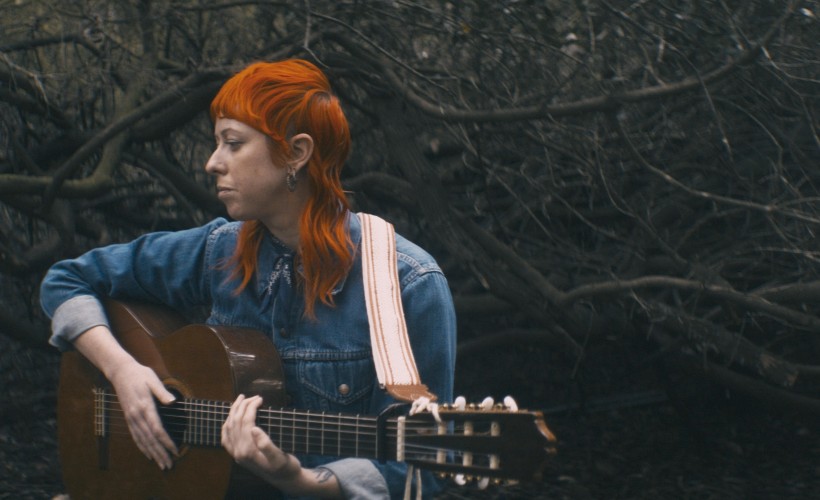 Geist feels like a window - or a mirror - into possibilities of the self and beyond. Shannon Lay’s new album is tender intensity, placeless and ethereal.  It exists in the chasms of the present -- a world populated by shadow selves, spiritual awakenings, déjà vu, and past lives.

“Something sleeps inside us,” Lay insists on the opening track, and that’s the guiding philosophy throughout. A winding, golden, delicate thread of intuition that explores the unknown, the possibility. Its title, Geist, the German word for spirit, is rife with an otherworldly presence, the suggestion of another. The promise that you are never alone.

As a whole, Geist is both esoteric and accessible. There’s the concise, pared-back cover of Syd Barrett’s tilt-a-whirl-esque “Late Night,” while "Rare to Wake,” inspired by Dune, is existential and meditative, a circular guitar riff looping at the core of it.  “Awaken and Allow,” is ancient-feeling and mainly a cappella, its melody channels her deep Irish roots, a moment of reflection, before a drop happens -- its intensity mirroring the anticipation and anxiety that come with taking the first step to accepting change for yourself.

“Time’s Arrow,” with its refrain of heading downhill, was inspired by something a close friend said. Lay notes: “I wanted ‘Time’s Arrow’ to be this gentle reminder that we're on our way, and we're moving forward.  There is medicine in every moment so don’t rush.”

“Thread to Find,” which Lay wrote after walking into an old hotel in Switzerland and being struck by the feeling like she’d been there before, is a testament to the energy we leave behind and stumble across.

And the title track “Geist,” a song about the power living in all of us, is a love song to the possibility of healing, an ode to falling into the arms of what you’re becoming. It’s a glimpse into the parts of yourself you have yet to meet. But you can, if you want to.

That's all we have for Shannon Lay! Check out their upcoming shows