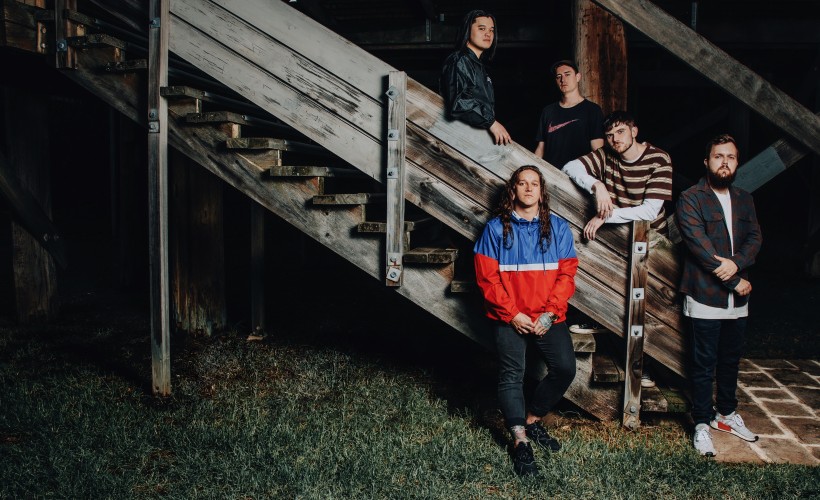 Will Australia ever stop churning out world-class heavy acts? The answer is of course, a resounding no, with south-Sydney five-piece, POLARIS, following in the footsteps of the home-grown titans that came before them.

You need to be at O2 Academy Islington in London on Wednesday 30th of June 2019 to see them in action.

Now is your chance to book your Polaris tickets with Gigantic, we are very excited and as demand grows it makes sense to act fast and get yours before they are all taken. Gigantic makes selecting your favourite tickets and placing your order easy by enabling access to our site 24/7 using your smartphone, tablet or computer whilst relaxing at home or even busy and on the go.

With the demand so high, we highly recommend that you set a personal reminder with Gigantic which will alert you with a text message or an email just before Polaris gig tickets are released at 10:00 on Wednesday 4th of December.

Three years of tireless touring, boundary pushing writing and independent recording saw POLARIS groom an army of supporters that’s already the envy of many in the heavy music realm, all of which culminated in the unveiling of »The Guilt & The Grief« in January of 2016. Whereas most self-released EPs register as a mere blip on the radar, POLARIS’ sophomore disc landed at #34 on the nation’s ARIA chart, as well as a head-turning #2 finish on the AIR polls!

Recognising the very public birth of our country’s next legitimate contender, labels quickly came knocking. Undeterred by the slew of offers in front of them, POLARIS continued to do what POLARIS does best, landing supports with fellow prog-metal enthusiasts NORTHLANE, Triple J darlings HELLIONS and finally PARKWAY DRIVE, who POLARIS can now proudly call label mates after signing on with the legendary Resist Records in Australia, ably supported by Cooking Vinyl Australia. In all other areas worldwide (except for New Zealand) they signed a contract with SharpTone Records.

When it came time to make their new album, The Death Of Me, Sydney metalcore outfit Polaris knew they had a tall order on their hands. Its predecessor, 2017 debut The Mortal Coil, was an ARIA-nominated, Top 10 hit in Australia, introducing the group to legions of fans around the country and, thanks to an extensive international touring schedule, the world.

“We wanted to walk a line between maintaining what’s defined our band and brought people to our music in the first place, while trying to write for ourselves and keep ourselves interested,” begins drummer Daniel Furnari, one of the main songwriters in the unit. “Being our second full-length, we knew it was important for us to surprise the listener as well -nobody wants to hear the same record twice. We wanted to give them things they wouldn’t expect, take them to new places, but also for it to be definitively a Polaris record, building on what we’ve been working towards.”

Again, please ensure that you place your order as soon as possible because there are only limited amounts of Polaris concert tickets being made available and with everyone interested, they will not last long!

That's all we have for Polaris! Check out their upcoming shows