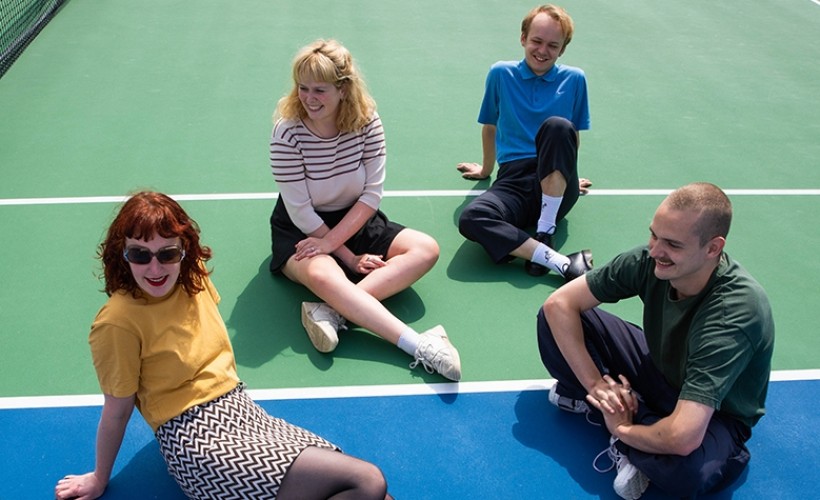 Amsterdam-based Pip Blom started writing, recording and releasing her own indie-pop tunes with a twist in 2016.

Early songs, which were simply uploaded to the internet, quickly amassed thousands and thousands of plays - prompting Pip to recruit a band and start playing them live. In stepped brother Tender Blom on backing vocals and guitar, Darek Mercks on bass and Gini Cameron on drums, with Pip herself fronting on guitar on vocals. S

ince, the band have played hundreds of gigs, rising from small pubs to the European festival circuit with for example performances at Glastonbury and Lolapalooza.

She has two albums under her belt; acclaimed debut Boat and applauded sophomore record Welcome Break.

Get your Pip Blom tickets from Gigantic!

We spoke to Dutch indie star Pip Blom ahead of the Independent Venue Week tour!

That's all we have for Pip Blom! Check out their upcoming shows