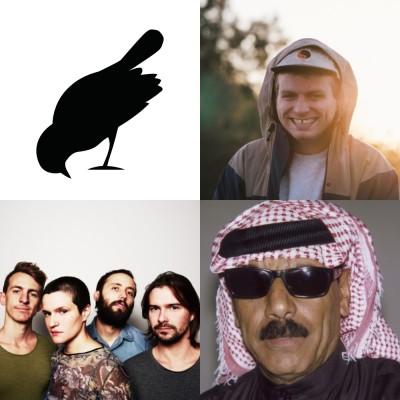 Bird On The Wire are a leading London based promoter, famed for discovering the best new acts as they arise and staging them across the capital’s excellent independent venues and further afield across the whole of the UK.

Slacker songwriter Mac DeMarco has scored a major hit with the release of his third album ‘This Old Dog’ in spring of this year. Bird On The Wire have booked three nights at The Coronet due to popular demand.

Returning to the UK to promote his latest album ‘To Syria, With Love’, catch dabke musician Omar Souleyman make a headline performance at Oval Space. Known for his wide sphere of influences, his eclectic style never fails to enthral.

Much has been made of Brooklyn band Big Thief. Following on from their critically acclaim debut ‘Masterpiece’, this year sees the release of second album ‘Capacity’. The raw record investigates the complicated nature of identity and understanding your place in an imperfect world.