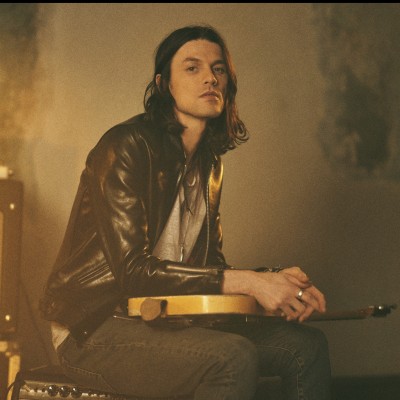 Winner of the “Critics Choice” at the BRIT Awards, and multi-Grammy Award nominees; there can be no denying the sheer talent of folk-rock singer James Bay. The “Hold Back The River” songwriter hit treble platinum with debut album Chaos and the Calm. His tremendous success continued with second record Electric Light. Now, the Hertfordshire hero prepares to release his next highly acclaimed album which will be titled Leap.

Autumn / Winter 2022 sees Bay celebrate his latest LP Leap with a U.K. tour of intimate shows, allowing you the chance to enjoy the superstar up close and personal. Tickets are already on sale with Gigantic and soon to sell out fast – grab yours right now HERE.

“I am so happy Leap is finally out. It’s been a weird and winding road to get here over the past few years (as it has been for everyone), but all things considered it’s been a wonderful journey making this music. I got the opportunity to write more songs and was able to fully realise what this album was supposed to be. I can’t wait to take these songs around the world.”

Leap features new classic singles, including colossal anthem “Give Me The Reason” which has already hit 12 million streams worldwide, and the achingly beautiful song “Save Your Love” which saw Bay recruit famed producer Finneas, renowned for his work with alt pop it-girl Billie Eilish.

Tickets for James Bay’s tour are on sale right now. Keep scrolling to see find a show near you and book tickets with Gigantic!