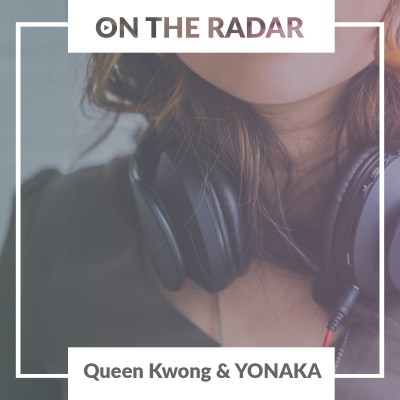 Deep, dark and hypnotic; Queen Kwong is the stage name of L.A. born songwriter Carré Callaway. Starting with a solid foundation of raw rock, she layers up her music with expressive guitar riffs and mesmerising repeated lyrics which add nuance and form a sound which is at once beguiling and satisfying.

Her ability to conjure a spellbinding intrigue in her songs whilst able to leap out into spontaneous burst of primal passion has seen her earn a widespread international audience, with The Cure keys player Roger O’Donell counted amongst her loyal fans.

Callaway’s break would come after becoming the opening act for definitive industrial rock band Nine Inch Nails on their ‘With Teeth’ tour in 2005 whilst aged only 17. Despite the early success she would take time out of the music scene to travel across the states before finally settling in Detroit. Callaway once again supported Nine Inch Nails in 2009, but this time under her new moniker Queen Kwong which signalled the start of this new stage of her career.

Following a further support slot for The Icarus Line, Callaway headed into the studio to record the song ‘This Strange Fruit’ which features her now husband; Limp Bizkit guitarist Wes Borland and also to create her five-track EP ‘Bad Lieutenant’.

In 2015 Callaway released her critically acclaimed debut album ‘Get A Witness’. The recording process would see her team up with The Icarus Line’s Joe Cardamone who produced the eight-track record as she wrote one song per day from scratch. This daring method enabled her to show of her sheer song writing prowess whilst capturing the wild and instinctive nature of her electrifying live shows. She then promoted her new material with a four-day residency in London at which she enthralled her audience with a series of visceral performances and cemented her reputation as something truly special.

Last year, Callaway once again reunited with Cardamone to create the second Queen Kwong  album ‘On The Mend’ which was recorded in her own home studio.

“It felt like a lot of growth and a logical progression from my last record. (It) was my first full-length record and it was a chaotic, bombastic, improvised stream-of-consciousness-type recording. It’s a bit of an acquired taste and can be a polarizing record, I’m the first to admit. But it felt important, as a record that could make a first impression, to embrace those polarizing aspects and put my identity out there on the line and not follow any rules or try to please anybody. For ‘On the Mend’, I wanted to keep the raw aspect, but it’s just more thought out this time, more polished production-wise. It’s really just showing more facets of myself, more multidimensional than the last record.”

Now Callaway is preparing for yet another remarkable Queen Kwong London gig at essential venue Shacklewell Arms on Wednesday 9th of May. Tickets are on sale right now.

YONAKA are the Brighton four-piece with bags of attitude. Comprised of drummer Robert Mason, vocalist Theresa Jarvis, guitarist George Edwards and bassist Alex Crosby, the four channel the excitable energy associated with the art rock scene in New York with the power of British hard rock to create their own unique sound which translates into highly charged live performances which have been marking them as one of the most exhilarating acts currently rising to the fore.

Recently, they have established themselves as a vital part of the festival circuit where they have attracted major media interest backed up by a steady flow of incredible releases which has seen them sell out their London show at The Garage well in advance plus being hailed by DIY, NME, CLASH and Kerrang! as the next big thing.

Formed whilst studying in 2014, the quintet had already developed their talents from working in previous acts which culminated with debut single ‘Ignorance’ plus ‘Drongo’ being released in 2016.

Last year saw the release of ‘Wouldn’t Wanna Be Ya’, and anthem full of attitude, followed by the arrival of their very first EP titled ‘Heavy’ in October which saw them work closely with the supremely talented Rodaidh McDonald (The xx, The Horrors, Vampire Weekend). The Mercury Prize-winning Scottish producer was able to create a five-track record which both reflected the chaotic nature of their gigs whilst also enabling YONAKA to truly explore the depth of their abilities and reveal the wide spectrum of ideas they are only just beginning to show off.

‘Heavy’ included their sass laden single ‘Bubblegum’ which was seized upon by the likes of Hugh Stevens, Daniel P Carter, Phil Taggart and MistaJam at BBC Radio 1 to be given prominent airplay which ensured YONAKA became featured in just about every recommendation for who to watch in 2018.

They have now announced an unmissable headline show at Electric Ballroom in London taking place on Thursday 11th of October. With only limited tickets available, it makes sense to grab yours before they all go!