Play The Hits: Self Esteem 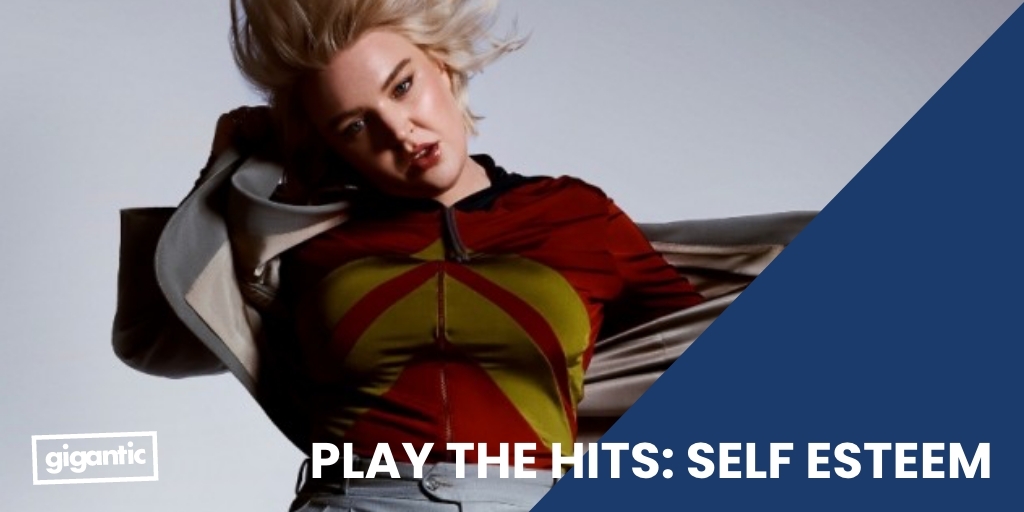 Over the last couple of years, Self Esteem (aka Rebecca Lucy Taylor) has been going from strength to strength. After releasing her acclaimed album Prioritise Pleasure at the tail end of 2021, Self Esteem really hit the ground running. She’s been touring, appearing at festivals, and performing on more TV shows than you can count pretty consistently since then. It seems as though she won’t be slowing down any time soon!

In early 2023, Self Esteem will be heading out on a sold-out UK tour with close to 20 dates taking place all across the UK. She’s even become the first artist ever to sell out three nights at Manchester’s Albert Hall! She’ll also be appearing at Neighbourhood Weekender in May, performing just before legendary Britpop band Pulp.

With so many opportunities to catch Self Esteem in the future (and we’re sure she’s not stopping there!), we started to ponder on the songs we can’t wait to hear live next time we’re lucky enough to catch a show. Check out our top picks in the latest edition of Play The Hits!

Often favouring the song’s predecessor “(Hobbies)” in her setlists, in our opinion Self Esteem ought to bring in “Hobbies 2” from Prioritise Pleasure for upcoming shows. It’s a thumping anthem with a chorus of empowering gang vocals, dedicated to the sometimes uncomfortable nature of modern dating, and taking control of your own destiny within that.

Back in early 2020, Self Esteem performed a cover of Australian artist Alex Cameron’s “Miami Memory” from the album of the same name, in her hometown of Sheffield. Later that year, it was released a cappella as part of the Cuddles Please EP. As fans of both Alex Cameron and Self Esteem, we are begging her to bring back this cover. It’s a perfect pairing. With her lyrical stylings often mirroring Alex Cameron’s, you’d be forgiven for thinking this was a Rebecca Lucy Taylor original if you hadn’t heard it before.

“Still Reigning” provides the perfect opportunity for a moment of calm at a Self Esteem show, while still offering the chorus as a chance to sing your heart out. Hearing the line “I feel everything, nothing at all” live is no doubt something that will resonate with an audience and we can’t wait to next hear it in a venue surrounded by other fans.

On “The 345”, we see Self Esteem strike the perfect balance between wit, self-deprecation and heart-warming sincerity. Hearing the artist in front of you echo some of the most common feelings of self-doubt, while proclaiming “I just wanna let you know there’s a point in you, and I know you find it harder than your peers do” is incredibly special. We’re pleading with you, Self Esteem, never remove this song from the setlist!

Probably the biggest hit from her debut release, “In Time” rightfully earns its popularity by being probably one of Self Esteem’s most relatable songs to date. Like many Self Esteem songs, “In Time” is all about progress: it’s about picking yourself up when you’re down, dusting yourself off and even when you’re feeling at your lowest ebb, you’ve learned something valuable from the experience. This one always hits you right in the feelings live, and we can’t wait to see it again!

I Do This All The Time

No Self Esteem set would be complete without a visit from her much-loved, spoken-word anthem “I Do This All The Time”. While we’ve no doubt this song will be sticking around on setlists for years to come, it wouldn’t be right not to mention how incredibly impactful this track is to hear live. Tear-inducing passion and emotion is felt in every word that Rebecca says, from the mournful “I am still breathing aren’t I? Sometimes I think that’s the problem” to the biting “when I’m buried in the ground I won’t be able to make your birthday drinks but I will still feel guilty”. This song is an instant classic and one of the most affecting songs released in recent history. Seeing it live is an absolute must.

See Self Esteem live at Neighbourhood Weekender in 2023, or join the waiting list for her headlining tour!