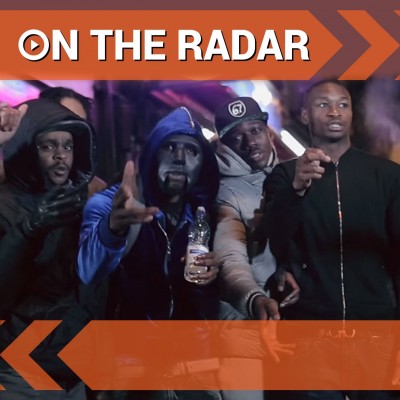 Glass Animals are poised to release their brand new album How To Be A Human Being through the label Wolf Tone. It features the song Life Itself which was inspired by singer Dave Bayley’s experiences of being on tour.

“Do you ever play that game where you see someone on the street or in an airport and you start wondering who they are? Someone who doesn’t quite fit in, or maybe they look a little shifty. And you start imagining what they do, where they live, who they speak to. We’ve had a mad couple of years living in a bus, waking up in a different city every night, seeing and meeting all of these characters, hearing the strangest stories, and getting in trouble. Totally surrounded by people… It only seemed natural to write about that. ‘Life Itself’ came from that. A weird dude who can’t get a job as he’s too odd. So he spends more time alone and becomes odder.”

The new release follows the band’s debut album Zaba which has been streamed more than 7 million times of Spotify and features the massive tunes Toes, Gooey and Black Mambo.

How To Be A Human Being is released on the 26th of August and is expected to form the basis of their October live performances at O2 Academy Oxford and O2 Academy2 Liverpool where they will be support by fantastic 4AD signing Pixx.

South London rap collective 67 are the latest new thing to emerge from the recent resurgence in grime. The leaders include MCs Monkey, Dimzy, LD, ASAP, SJ and Liquez with more members involved in production, their clothing range and the media side of things.

Taking heavy influence from Chicago Drill sound, 67 take an unflinching look at the dark reality of street life in inner city London and put it all out there in their music. The confrontational imagery and style has caused some controversy, but 67 say their music has helped to turn their lives around.

“The police label us a gang, but we label ourselves a family and a brand. We went from being people who weren't doing much with themselves, to being people who make music, make clothing, and everything media related” - LD

The Brixton Hill squad certainly understand the power of the visual, having produced a number of high quality videos over recent months. Head over to YouTube to check out their tracks Lets Lurk, Traumatised 2 and Needy.

Catch them this September when they tour the UK. Tickets will be available from 09:00 on Friday 5th of August. Be sure to set your own personal reminder via text or email through Gigantic so you are ready for their release.