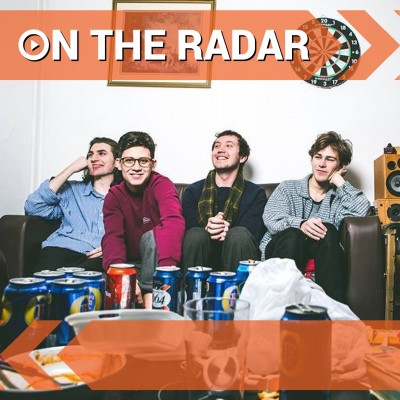 Perhaps one of the best kept secrets in indie music are The Magic Gang. Massively prolific, the Brighton based band work like a well-oiled music machine having produced a huge amount of fantastic tracks since starting at the beginning of 2013. But as they have yet to release their debut album there seems to be a criminal lack of awareness of the fantastic band.

Released in January, their eponymously titled EP is sheer joy to listen to. The brightly polished production, melodic vocals with a hint of longing and the sixties Americana vibes conjure a modern interpretation of Brian Wilson.

So give The Magic Gang EP a listen before you see them play at Leeds or Reading Festival and their upcoming Autumn tour. And while you are at it, be sure to check out their older tracks She Won’t Ghost, Alright and their debut single No Fun which can all be found on their SoundCloud page.

Electronic sound artist Amber Bain is the shining talent behind the intriguing work of The Japanese House. She has recently released her mesmerising second EP entitled Clean through the label Dirty Hit. Each of the four tracks is accompanied by a kaleidoscopic video that makes for compelling viewing alongside the hypnotic alt pop.

Perhaps the most intriguing aspect of The Japanese House is that despite the prevalent use of electronic instrumentation and an obvious choice to not use tradition instruments, there is something deeply human about the music – a trait that is usually associated with acoustic and stringed instruments. Delicate and vulnerable vocals that dance around the course synthesiser emphasising the confusion and struggle of Bain is trying to convey and executed beautifully in Sugar Pill. The strange way the music is kept tight and cold plunging you into the ocean on Cool Blue. The patient pulse of title track Clean that connects with the listener succeeds in telling a story by projecting the listener somewhere elsewhere. And in that ability to transfer emotion or ideas through the music to the audience rather than just pushing them to dance marks The Japanese House as something rare and beautiful.

She also joins the magnificent Leeds & Reading line up before hitting the road in October to headline around various venues across the UK. Be sure to catch her and marvel at something truly wonderful.