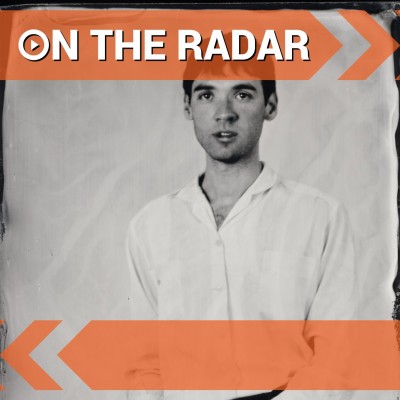 Unrelating and uncompromising, Idles offer a crashing tsunami of crushing bass, frantic screamed vocals and hammered drums. This indifferent sonic tidal wave comes crashing down upon the listener, caring little about the response and only concerned with a massive assault through a wall of sound.

The Bristol band formed out of their frustration with a local music scene that they bemoaned as dying an indignant death and began creating their own unique post punk sound. Visceral and aggressive, they prided themselves on creating truly challenging music which they began to showcase through their own club night named Batcave. Through constant practice and ferocious gigging the forged their own unique style which developed into creating their first album.

Their bullish clatter quickly converted into widespread press adoration charming the likes of Louder Than War and The Line Of Best Fit with their unhinged ranted vocals and pneumatic muscled rhythmic punch as featured on the EPs Welcome, Meat and the latter’s cleverly titled remixed counterpart Meta. With the column inches adding up translating into sold out gigs, they are ready for the release of debut album entitled Brutalism in March, 2017.

With the promise that the upcoming record will be “Politically charged, refreshingly confrontational and infectiously volatile” we expect the accompanying Spring tour to be a full on riot. Quite befitting for an incendiary album which looks like an early contender title for pick of the year.

Many came to know the name Meilyr Jones through his strange single How To Recognise A Work Of Art. The pastiche pop track saw the singer presented by a procession of valuable items only to inform that they are fakes to their disappointed owners, obsessed with the futile need to assert their own validity through amassing authentic relics of recycled pop culture. As he swings past the imitations, Jones narrates with his baritone voice and a racing musical accompaniment that draws on motown influences.

However, some may not know Jones had original been the singer of synth based indie band Race Horse. Following the collapse of the band and break up with a significant other Jones undertook a transformative journey to Rome which saw him return as a solo singer. Embracing the absurd and applying it to and upbeat swing sound, he wrote an engaging album that explores the emotive from the perspective of the ever-outsider.

Entitled 2013, it comes as little surprise the debut album was released by Moshi Moshi Records, a label with a penchant for signing the endearingly odd. Catch Jones performing his Sixties inspired album when he tours in March.